23 AUGUST 2012 - PEORIA, AZ: Senator JOHN McCAIN (R-AZ), RIGHT, talks to DORIS GOETZ, from Goodyear, AZ, after a town hall meeting in Peoria, AZ. Sen. McCain held a town hall in Peoria, a suburb of Phoenix, to talk about the impact that sequestration would have on the Arizona economy and the Department of Defense. McCain said sequestration would immediately cost Arizona more than 35,000 defence related jobs and decimate the armed forces. Sequestration would result in about $1.2 trillion being cut from the federal budget. Sequestration, and automatic budget cuts, is scheduled to go into effect on Jan 1, 2013, if the President and Congress can't agree on budget. PHOTO BY JACK KURTZ 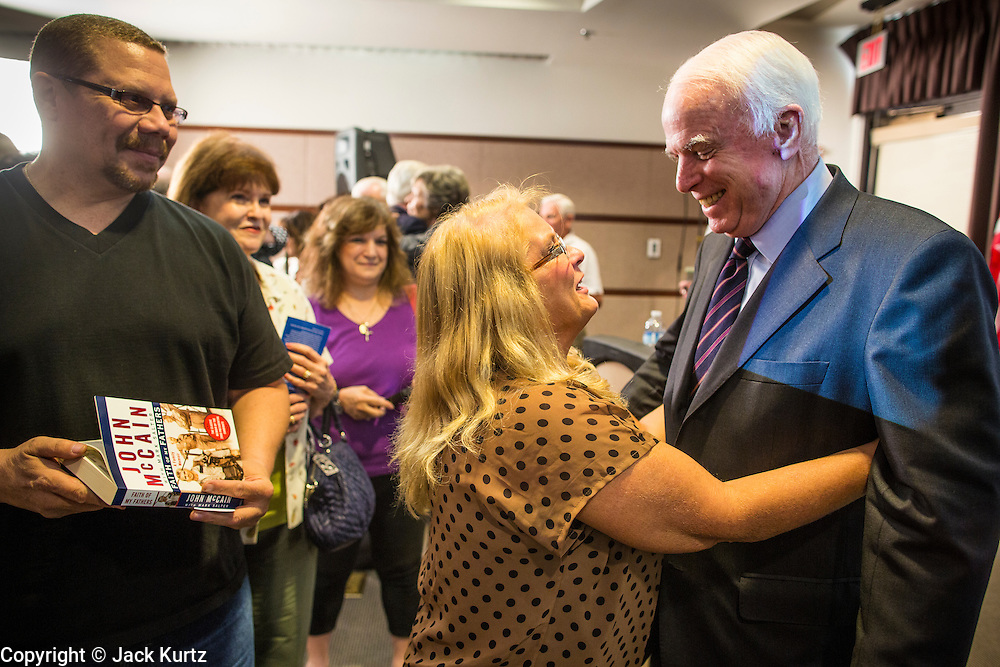