13 JULY 2017 - BANGKOK, THAILAND: A boy scoops molten candle wax out of prayer candles at Chao Mae Thapthim Shrine in the Dusit district of Bangkok. The Chinese shrine is at the foot of Krung Thon Bridge and serves poor communities along the Chao Phraya River. The shrine is along a part of the riverfront the government wants to tear down to build an esplanade. The future of the shrine itself is unknown, but many of the communities around it could be evicted and razed. PHOTO BY JACK KURTZ 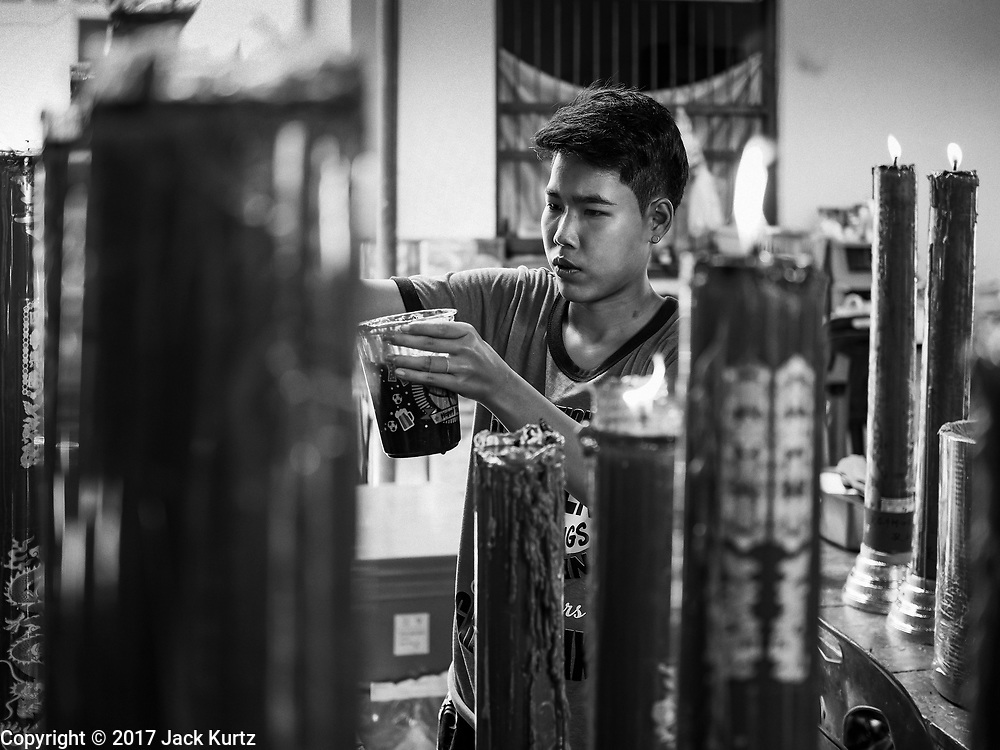