26 DECEMBER 2014 - MAE KHAO, PHUKET, THAILAND: FIONA BILNEY (left, back to camera), originally from Australia and now living in Phuket, comforts a tsunami survivor at the Tsunami Memorial Wall in Mae Khao, Phuket. Bilney said she came to Phuket as a volunteer after the tsunami and moved to Phuket after that. The wall is located at the site that was used as the main morgue for people killed in the tsunami and hosts an annual memorial service. Nearly 5400 people died on Thailand's Andaman during the 2004 Indian Ocean Tsunami that was spawned by an undersea earthquake off the Indonesian coast on Dec 26, 2004. In Thailand, many of the dead were tourists from Europe. More than 250,000 people were killed throughout the region, from Thailand to Kenya. There are memorial services across the Thai Andaman coast this weekend. PHOTO BY JACK KURTZ 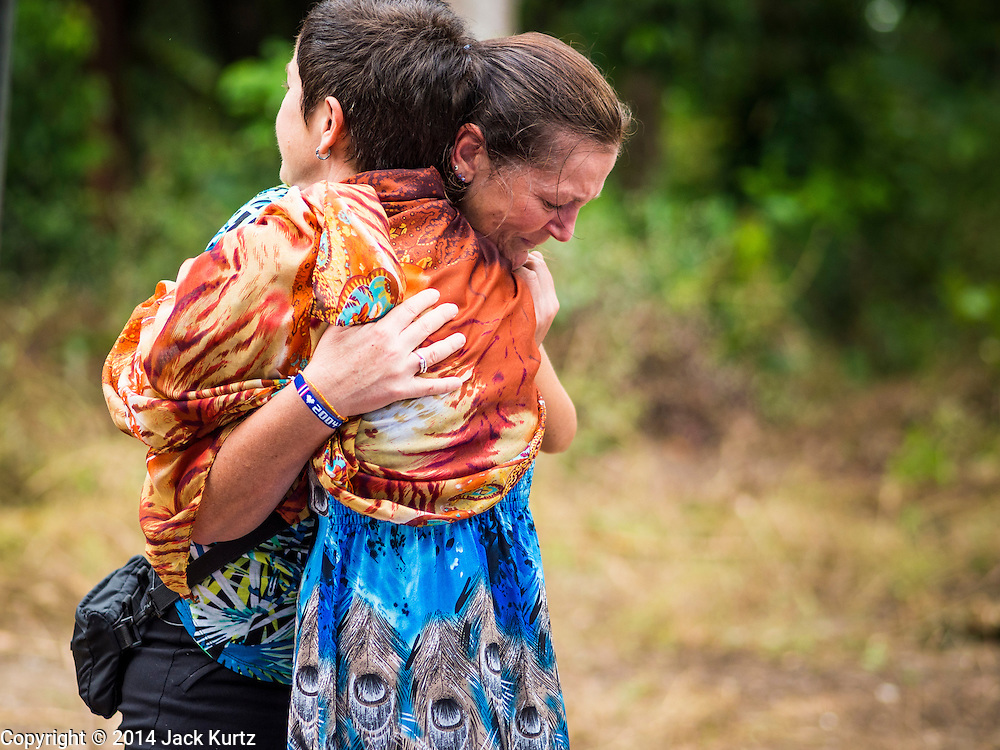