06 APRIL 2010 - THAT PHANOM, THAILAND: Wat That Phanom in That Phanom, Thailand. The temple is one of the most sacred in Thailand, local legend says the Buddha's breast bone is in the temple. The temple was originally built in the 6th century AD and assumed its current form in the 15th century when the area was ruled by Lao Kings. The centerpiece of the temple is a 57 meter tall That, or Lao style chedi which is covered with 110 kilos of gold. PHOTO BY JACK KURTZ 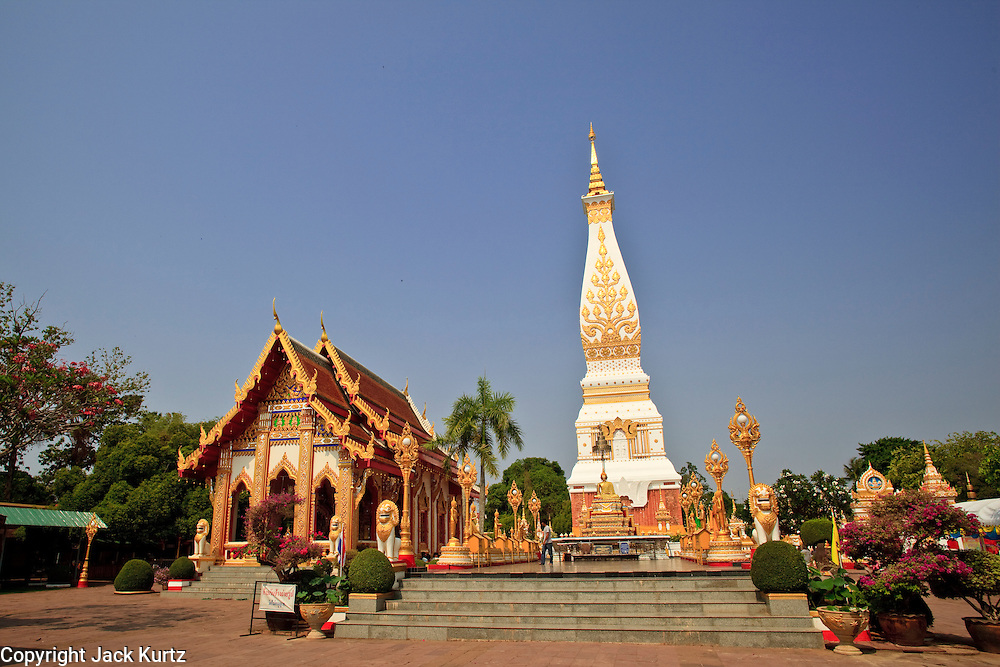