May 12 - BANGKOK, THAILAND: Maj. Gen. KHATTIYA "Seh Daeng" SAWASDIPOL (RIGHT) talks to a Red Shirt security official at a Red Shirt barricade in the Red Shirt camp in Bangkok Wednesday. Seh Daeng, as he is known, has emerged as the Red Shirts unofficial military commander. He has organized the barricades that ring the Red Shirt camp and has threatened to organize a guerilla campaign against the government if the Red Shirt protest is crushed by force. Seh Daeng is a hero to many Thais because he is credited with crushing Thailand's communist insurgency in the 1970's and 80's. He was the commander of Thailand's Internal Security Operations Command but after his political activities became apparent he was made the head aerobics instructor for the Thai army. He is now seen as one of the major personalities destabilizing the country and the government alleges that he is behind many of the grenade attacks and drive by shootings directed at government buildings and officials and he is wanted for a long list of felony offenses including weapons charges and terrorism related charges. Although some Red Shirts have officially repudiated him, he is still frequently seen around the Reds' barricades. The army has started proceedings to fire him, but he remains a general on active duty. Photo by Jack Kurtz 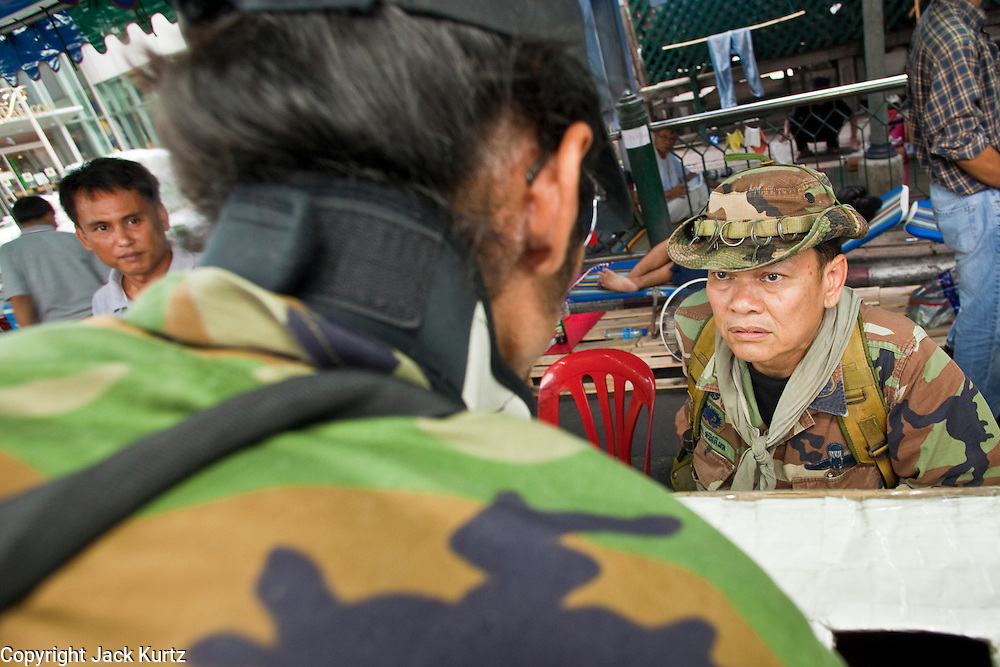