Mar. 30, 2009 -- PHOENIX, AZ: RAQUEL TERAN, a community activist in Phoenix, prays during a prayer vigil and fast in opposition to Maricopa County Sheriff Joe Arpaio. About 15 people in Phoenix are fasting and praying, hoping that Maricopa County Sheriff Joe Arpaio will resign. Because of the anti-immigrant raids his deputies have conducted Arpaio has become a lightning rod in the immigration debate. Arpiao's supporters contend that the Sheriff is simply enforcing the law, his opponents, including Phoenix Mayor Phil Gordon, contend that the sheriff is using racial profiling and other illegal means to make arrests and stop people. Photo by Jack Kurtz 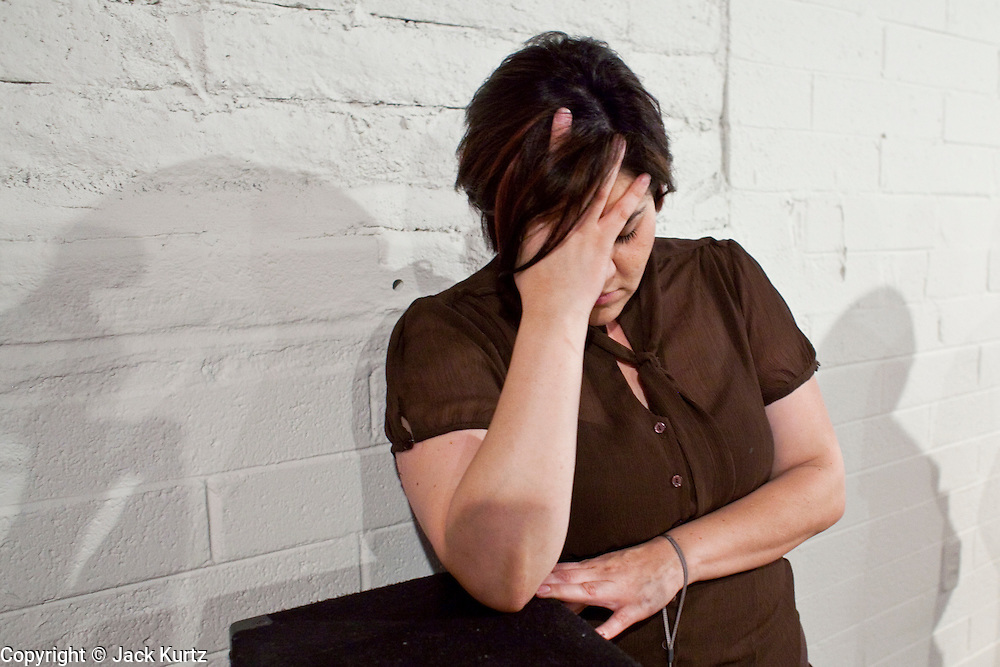