11 DECEMBER 2018 - SINGAPORE: People lined up a food shop in a "hawker court" in the Geylang neighborhood. Singapore forced food venders off the street and put them in hawker courts years ago. The Geylang area of Singapore, between the Central Business District and Changi Airport, was originally coconut plantations and Malay villages. During Singapore's boom the coconut plantations and other farms were pushed out and now the area is a working class community of Malay, Indian and Chinese people. In the 2000s, developers started gentrifying Geylang and new housing estate developments were built. PHOTO BY JACK KURTZ 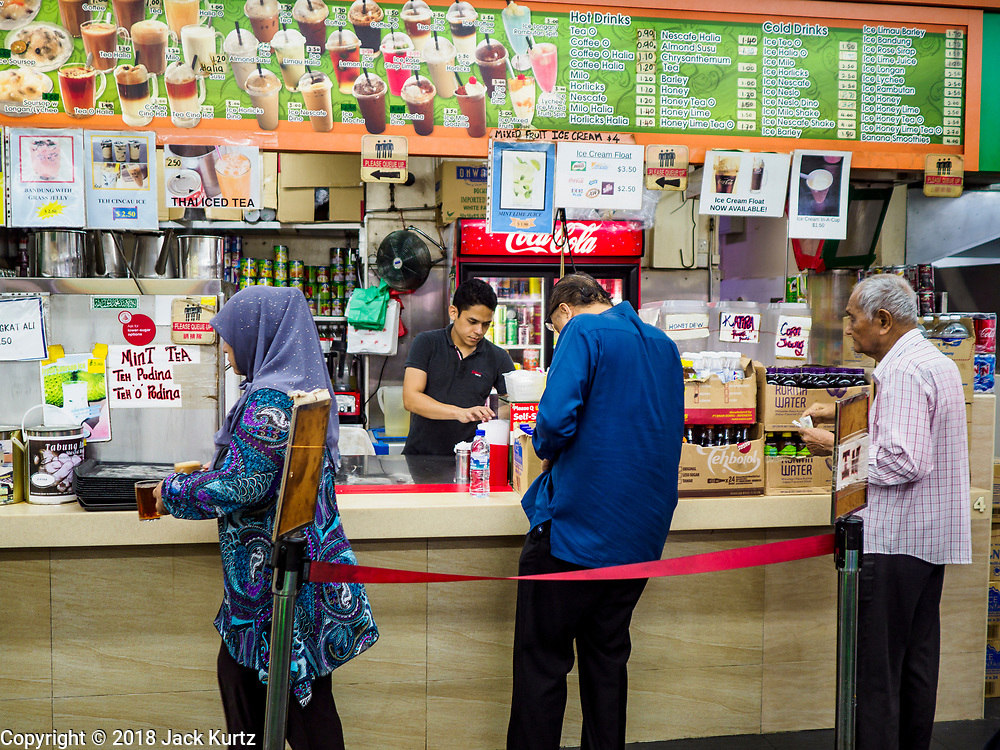