13 DECEMBER 2017 - BANGKOK, THAILAND: Statuary of mythical beasts including a "Kraisonrajasiha," a Lion-King with tufts of hair on its feet on the east side of the Royal Crematorium on Sanam Luang in Bangkok. The crematorium was used for the funeral of Bhumibol Adulyadej, the Late King of Thailand. He was cremated on 26 October 2017. The crematorium is open to visitors until 31 December 2017. It will be torn down early in 2018. More than 3 million people have visited the crematorium since it opened to the public after the cremation of the King. PHOTO BY JACK KURTZ 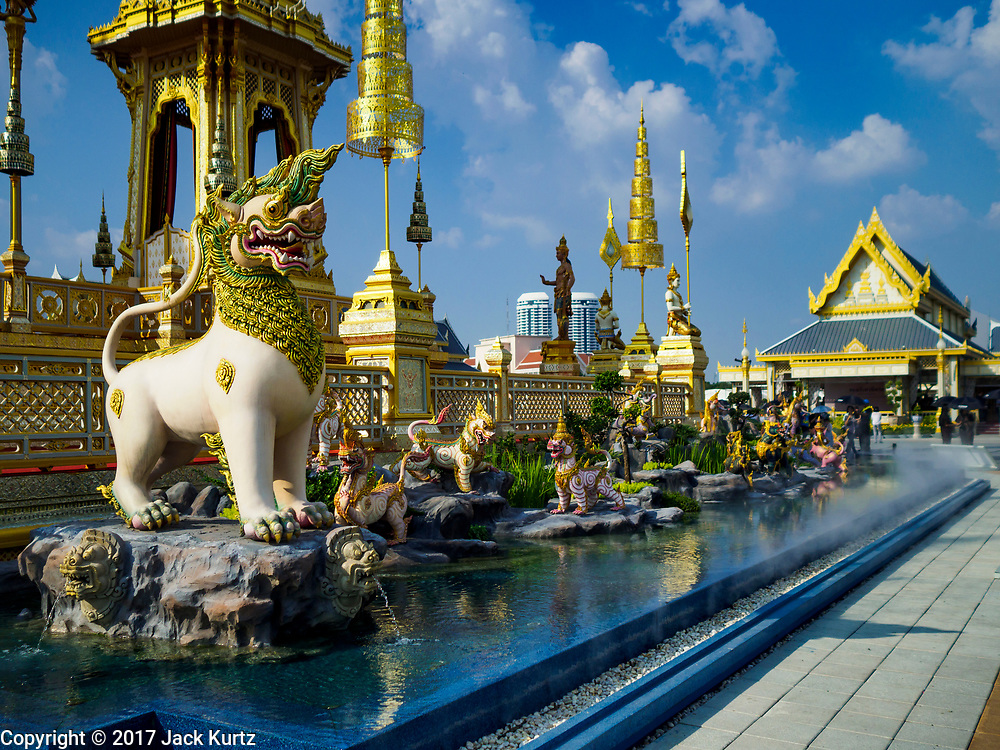