10 MARCH 2006 - CU CHI TUNNELS, VIETNAM: A Vietnamese tour guide dressed as a communist soldier demonstrates how communists forces and their supporters go in and out of the tunnels in Cu Chi, Vietnam. The tunnels are famous because the communist forces who lived in the area and dug the tunnels were able to withstand near constant American bombings and attacks during the Vietnam War (which is called the American War in Vietnam). The tunnels are also an important tourist attraction, drawing thousands of visitors a month. The tunnels are only about 30 miles from downtown Ho Chi Minh City (formerly Saigon) and fall within the city limits of Ho Chi Minh City. Photo by Jack Kurtz 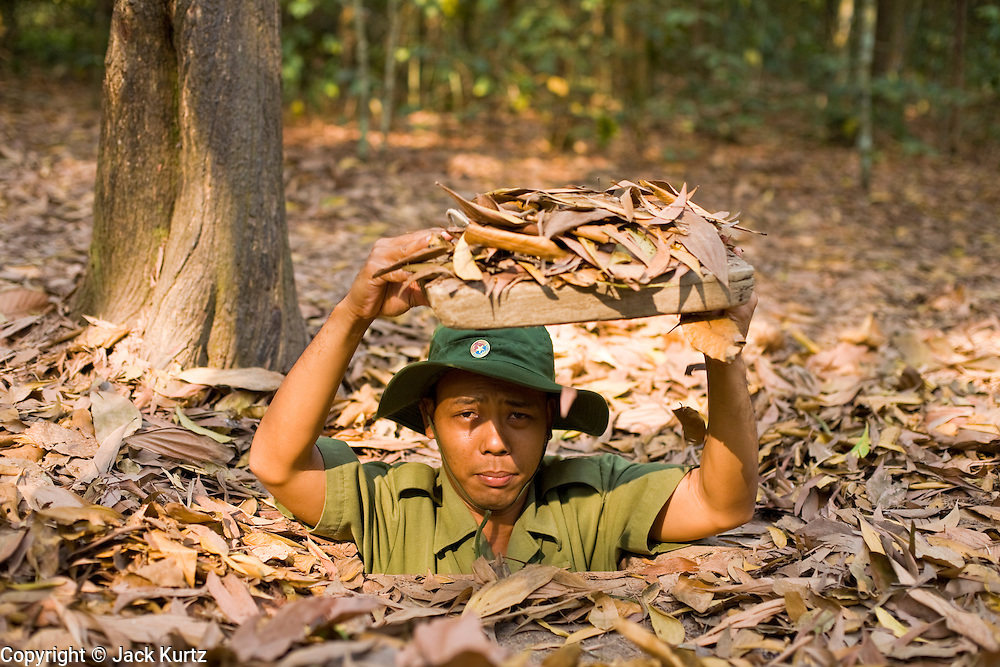