30 NOVEMBER 2012 - BANGKOK, THAILAND: Volunteer medics with the Ruamkatanyu Foundation put a man injured in a motorcycle accident into their ambulance to take him to a hospital during a Friday night shift. The Ruamkatanyu Foundation was started more than 60 years ago as a charitable organisation that collected the dead and transported them to the nearest facility. Crews sometimes found that the person they had been called to collect wasn't dead, and they were called upon to provide emergency medical care. That's how the foundation medical and rescue service was started. The foundation has 7,000 volunteers nationwide and along with the larger Poh Teck Tung Foundation, is one of the two largest rescue services in the country. The volunteer crews were once dubbed Bangkok's "Body Snatchers" but they do much more than that now. PHOTO BY JACK KURTZ 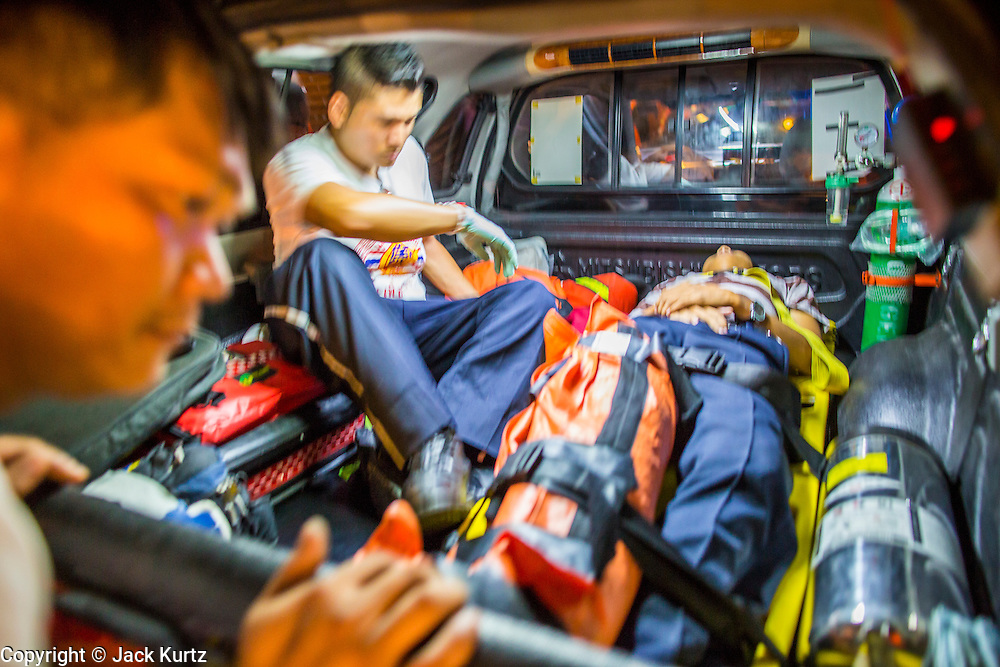