23 SEPTEMBER 2018 - BANGKOK, THAILAND: Men move the Ganesha deity to a waiting truck at the Ganesha Festival at Wat Dan in Bangkok. The deity was put on a truck for a procession through Bangkok. Ganesha Chaturthi also known as Vinayaka Chaturthi, is the Hindu festival celebrated on the day of the re-birth of Lord Ganesha, the son of Shiva and Parvati. The festival, also known as Ganeshotsav ("festival of Ganesha") is observed in the Hindu calendar month of Bhaadrapada, starting on the the fourth day of the waxing moon. The festival lasts for 10 days, ending on the fourteenth day of the waxing moon. Outside India, it is celebrated widely in Nepal and by Hindus in the United States, Canada, Mauritius, Singapore, Thailand, Cambodia, and Burma. PHOTO BY JACK KURTZ 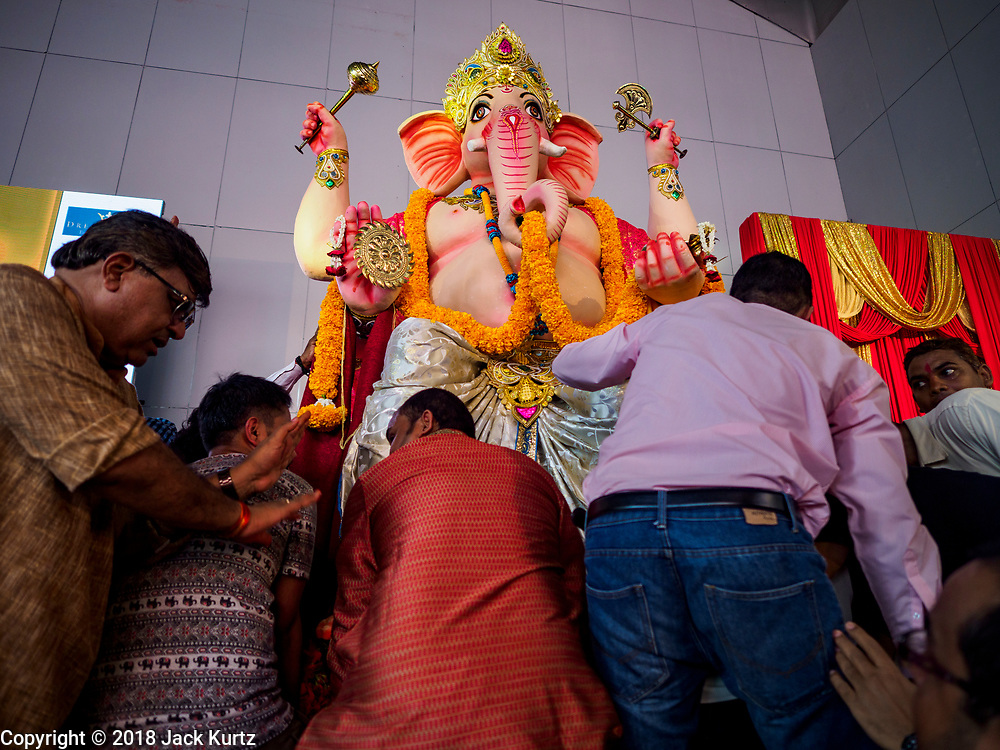