Sept. 24, 2009 -- PATTANI, THAILAND: Muslim men pray at Krue Se Mosque in Pattani, Thailand. The Krue Se Mosque is one of Thailand's most historic mosques and long a flash point in Muslim - Buddhist confrontation. The mosque was first destroyed by advancing Thais when Pattani was an independent kingdom in 1786. It was restored in the 1980's but heavily damaged by rockets fired by unknown assailants in 2005. It has since been partially restored by local Muslims and the Thai government. Thailand's three southern most provinces; Yala, Pattani and Narathiwat are often called "restive" and a decades long Muslim insurgency has gained traction recently and nearly 4,000 people have been killed since 2004. The three southern provinces are under emergency control and there are more than 60,000 Thai military, police and paramilitary militia forces trying to keep the peace battling insurgents who favor car bombs and assassination. Photo by Jack Kurtz / ZUMA Press 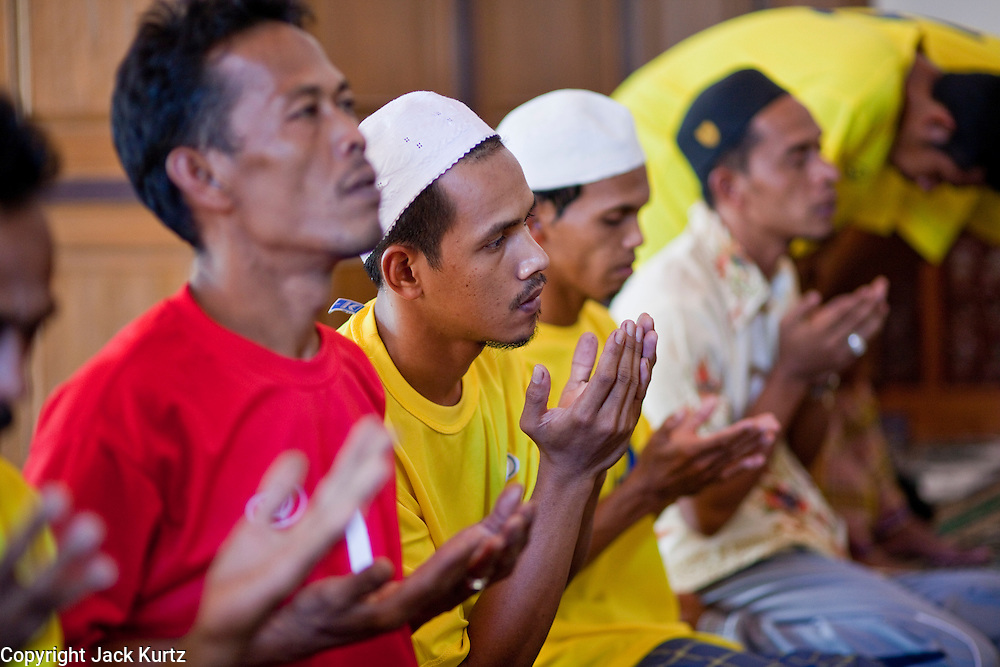