06 FEBRUARY 2015 - BANGKOK, THAILAND: A university student buys fresh baked cakes at the walkup window at Thanusingha Bakery, a bakery that specializes in traditional Thai Catholic desert cakes. The cakes are called "Kanom Farang Kudeejeen" or "Chinese Monk Candy." The tradition of baking the cakes, about the size of a cupcake or muffin, started in Siam (now Thailand) in the 17th century AD when Portuguese Catholic priests accompanied Portuguese soldiers who assisted the Siamese in their wars with Burma. Several hundred Siamese (Thai) Buddhists converted to Catholicism and started baking the cakes. When the Siamese Empire in Ayutthaya was sacked by the Burmese the Portuguese and Thai Catholics fled to Thonburi, in what is now Bangkok. The Portuguese established a Catholic church near the new Siamese capital. Now just three families bake the cakes, using a recipe that is 400 years old and contains eggs, wheat flour, sugar, water and raisins. The same family has been baking the cakes at the Thanusingha Bakery, near Santa Cruz Church, for more than five generations. There are still a large number of Thai Catholics living in the neighborhood around the church. PHOTO BY JACK KURTZ 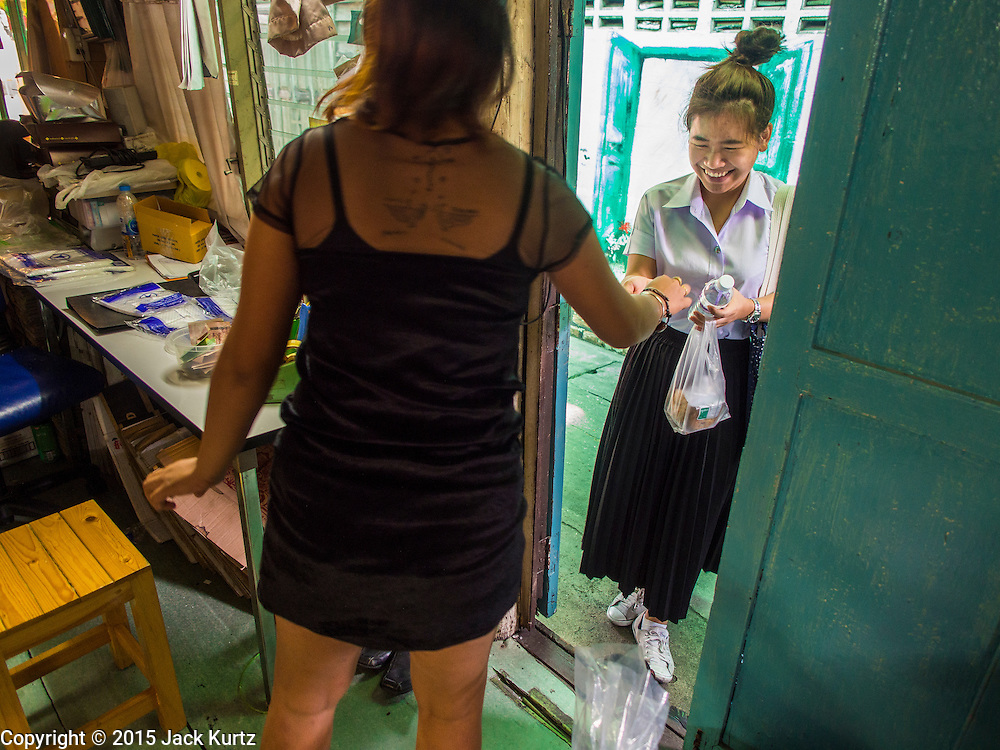