Apr. 14 - Bangkok, Thailand: A Buddhist monk walks past the shell of an armored personnel carrier abandoned by the Thai Army near the Red Shirts encampment at Democracy Monument in Bangkok. The Red Shirts and their supporters destroyed at least six armored personnel carriers and three HUMVEEs in street fighting Saturday. The Red Shirts moved their main protest its original location in the old part of Bangkok to the Ratchaprasong intersection, in the center of Bangkok's shopping malls and five star hotels. Many signs of last weekend's violence are still on display around their original encampment though. Photo by Jack Kurtz 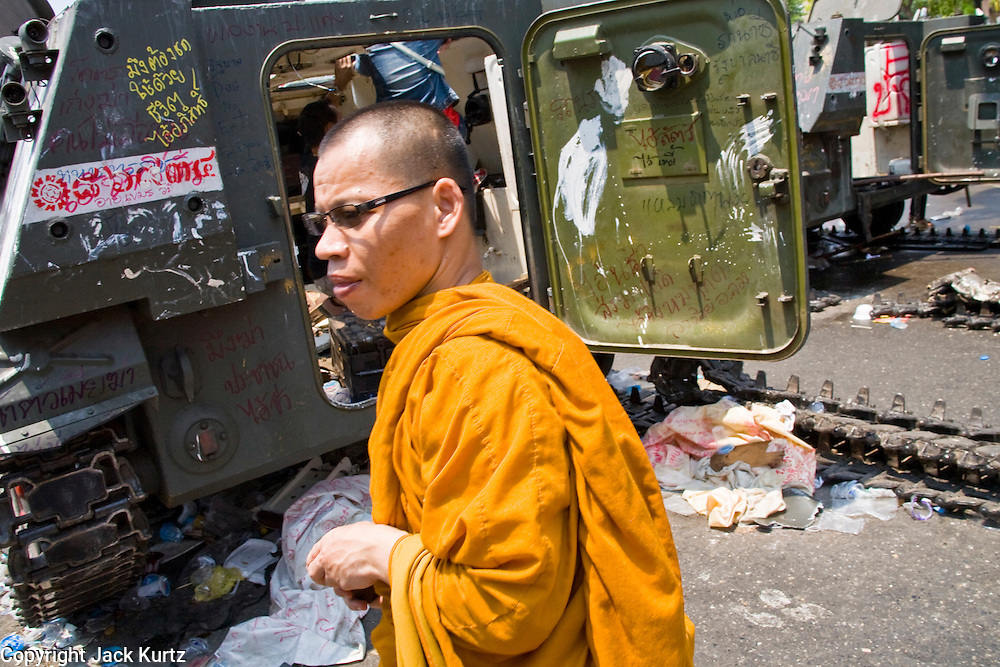