03 APRIL 2008 -- GUADALUPE, AZ: People line the streets in Guadalupe, AZ, protesting against Maricopa County Sheriff Joe Arpaio's high profile zero tolerance anti crime sweep in Guadalupe Thursday. The Maricopa County Sheriff's Department has started high profile zero tolerance crime sweeps targeting illegal immigrants but also arresting anyone they find breaking the law or with outstanding warrants. All of the previous sweeps have been in Phoenix city limits. This was the first one outside Phoenix, Guadalupe is a working class unincorporated town south of Phoenix. Most of the town's residents are Native Americans and Hispanics and hundreds of people lined the street to protest the sweep. In 2011, the US Department of Justice issued a report highly critical of the Maricopa County Sheriff's Department and the jails. The DOJ said the Sheriff's Dept. engages in widespread discrimination against Latinos during traffic stops and immigration enforcement, violates the rights of Spanish speaking prisoners in the jails and retaliates against the Sheriff's political opponents. PHOTO BY JACK KURTZ 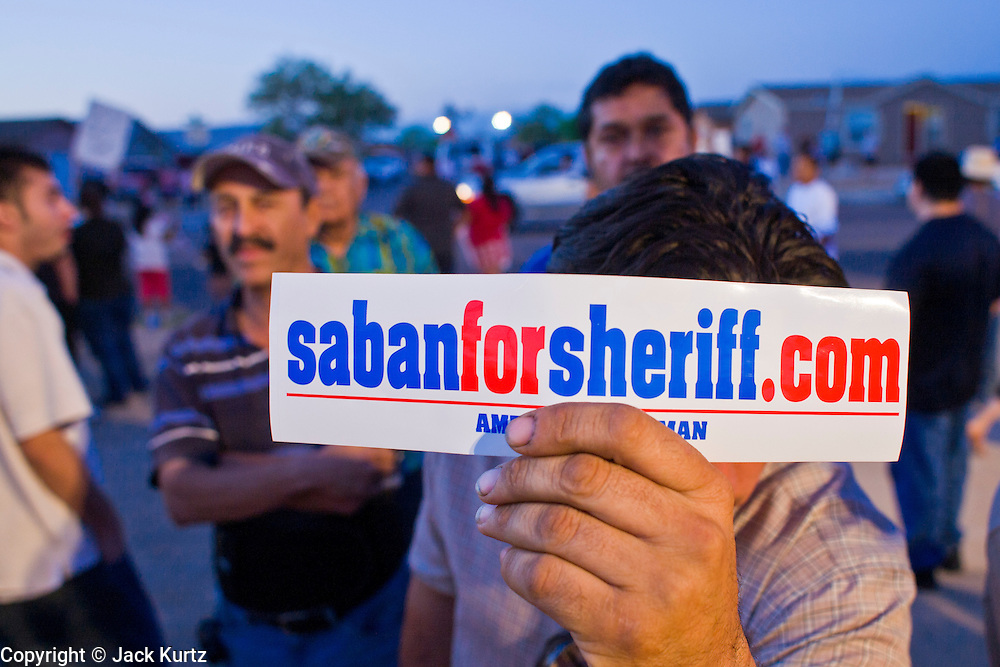