July 10, 2010 - PHOENIX, AZ: US Senator JOHN MCCAIN (R-AZ) greets supporters and volunteers after a town hall meeting in Phoenix. Sen. McCain held a "town hall" meeting at a hotel in Phoenix Saturday morning. He criticized the Obama administration's handling of the war in Afghanistan, specifically the July 2011 date for the beginning of the withdrawl of US forces, the administration's handling of the immigration and border security issue and the recently passed health care reform bill, which he called "Obamacare." McCain is in a primary battle with former Congressman JD Hayworth, he did not mention Hayworth, by name during the meeting. Photo by Jack Kurtz 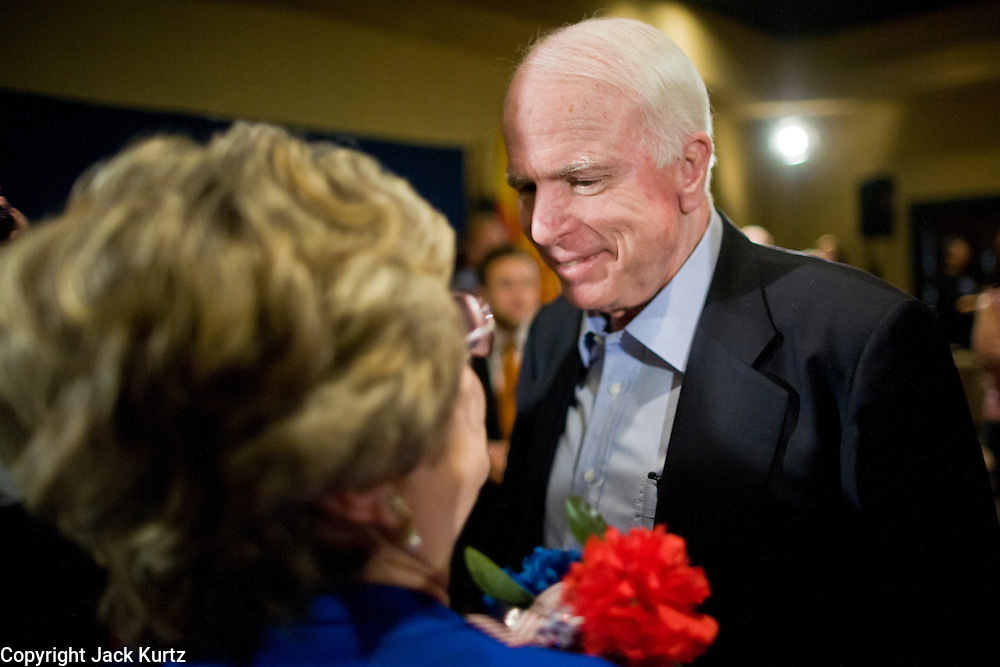