22 OCTOBER 2012 - HAT YAI, THAILAND: A paper mache dragon on a pillar in a temple for the Vegetarian Festival at a Chinese temple in Hat Yai. The Vegetarian Festival is celebrated throughout Thailand. It is the Thai version of the The Nine Emperor Gods Festival, a nine-day Taoist celebration celebrated in the 9th lunar month of the Chinese calendar. For nine days, those who are participating in the festival dress all in white and abstain from eating meat, poultry, seafood, and dairy products. Vendors and proprietors of restaurants indicate that vegetarian food is for sale at their establishments by putting a yellow flag out with Thai characters for meatless written on it in red. Hat Yai was settled by Chinese traders centuries ago. The town still has a very large Chinese population. Hat Yai is the largest in southern Thailand. It is an important commercial center and tourist destination. It is especially popular with Malaysian, Singaporean and Chinese tourists. PHOTO BY JACK KURTZ 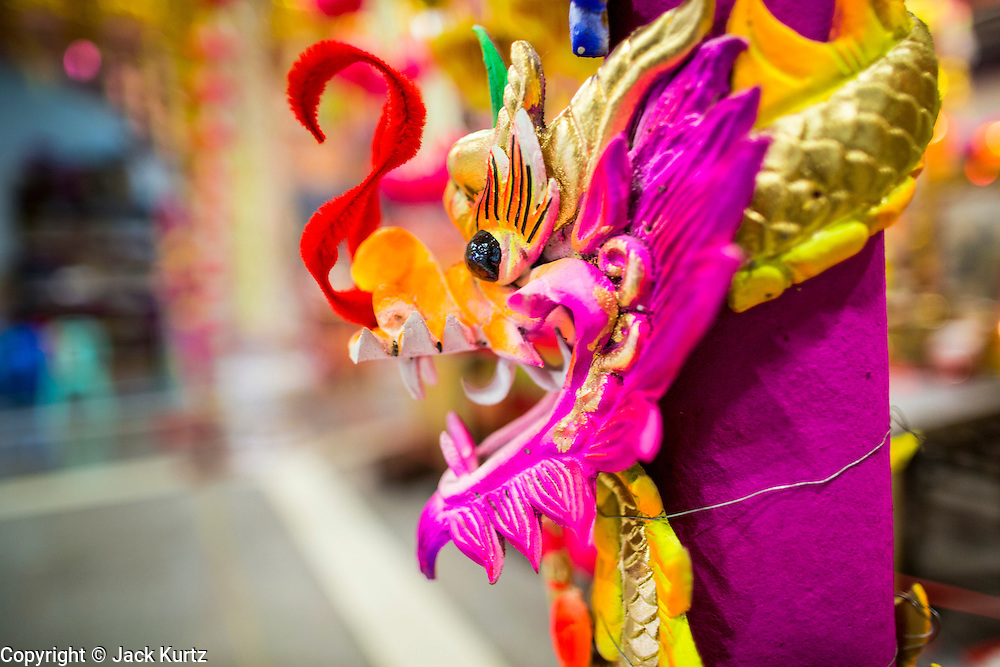