13 MARCH 2020 - DES MOINES, IOWA: People walk away from the entrance to Wells Fargo Arena after not being able to get in. The arena is hosting the state boys high school basketball tournament. Tournament organizers announced that no spectators would be allowed at games starting Friday. The Governor of Iowa announced Friday that 17 people in Iowa have tested positive for the Novel Coronavirus. Of those, 15 people were exposed on the same cruise in Egypt, the others were exposed through travel but were not on the same cruise. The Governor said there has not yet been any "community spread" in Iowa. All of the Iowans who have tested positive are in self quarantine. Across Iowa, municipalities and businesses are taking steps to implement "social distancing." Most of the colleges in Iowa have announced that they will remain closed after their spring breaks and that classes will move to online only, after spring break. Many businesses in Des Moines, including Nationwide Insurance and EMC Insurance, have announced plans to have their employees to telecommute. The mayor of Des Moines has urged event planners to consider canceling large events. PHOTO BY JACK KURTZ 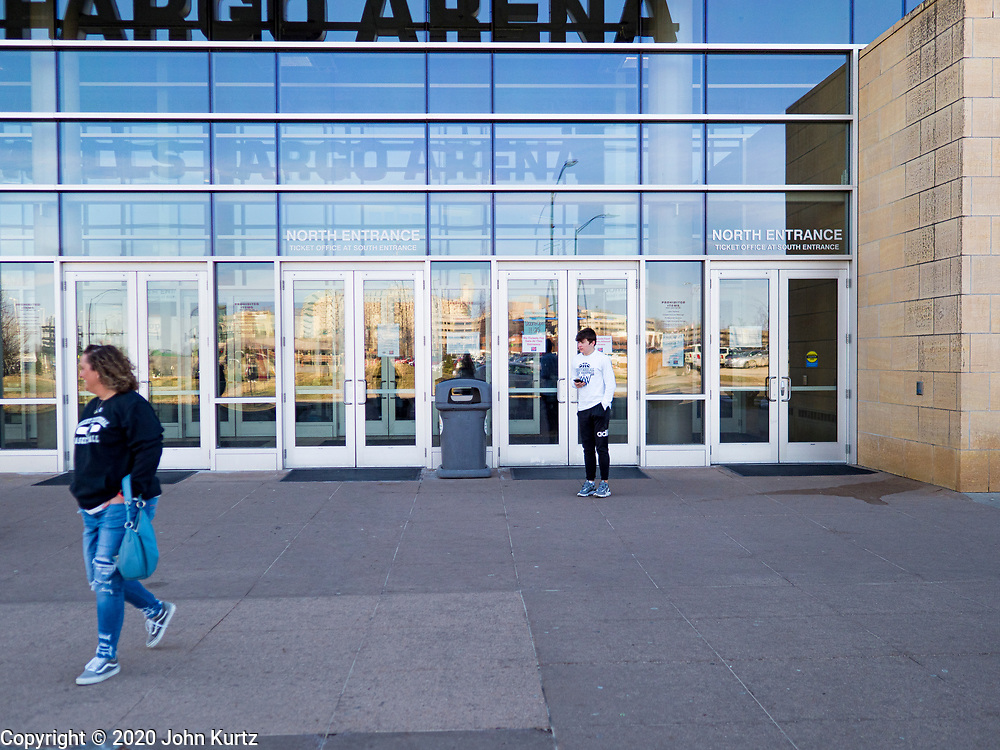