Apr. 15, 2010 - BANGKOK, THAILAND: A Buddhist monk in his quarters in the SkyTrain walkway in Bangkok Thursday. The anti-government UDD Red Shirt protestors moved their main protest from old Bangkok to the Siam/Chitlom section of Bangkok in the heart of the city's shopping district Wednesday night. Red Shirts are now camped out along the roads and sidewalks for blocks around the area. Their leaders say they made the move for strategic reasons, because the government wouldn't be able to use force against them in this neighborhood which is home to many of the city's more expensive restaurants, five star hotels and high end shopping. Many tourists frequent the area and many expats live in the area. The Red Shirts continue to call for Thai Prime Minister Abhisit Vejjajiva to step down and dissolve parliament. Photo By Jack Kurtz 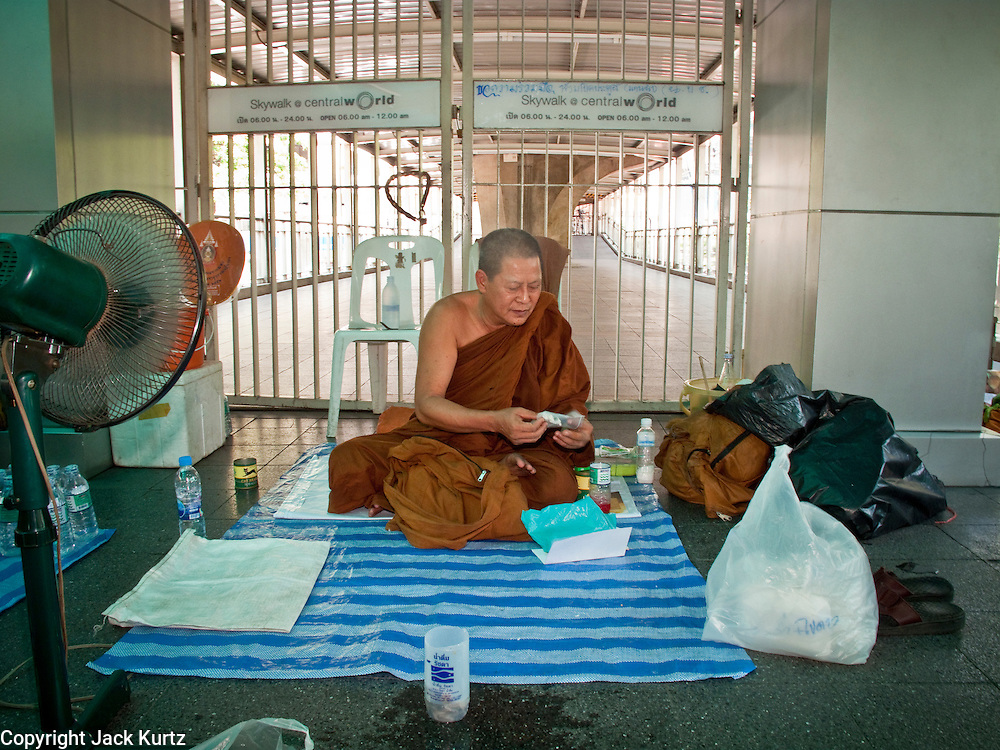