11 NOVEMBER 2014 - SITTWE, MYANMAR: A Buddhist boy takes a break while patching the street in a Rakhine Buddhist IDP camp near Sittwe. About 700 Rakhine Buddhist families live in an Internal Displaced Persons (IDP) camp on the edge of Sittwe. The people in the camp lost their homes in Sittwe in 2012 when Buddhist mobs rioted and burnt down Rohingya Muslim homes and businesses. The Buddhists' homes were mistakenly destroyed by other Buddhists or intentionally destroyed by retaliating Muslims during the 2012 violence. Unlike the Muslims, who live in much larger camps further from Sittwe, the Buddhists are allowed to come and go into downtown Sittwe and their homes are built in the traditional style, on stilts with large windows, and so are much more comfortable. PHOTO BY JACK KURTZ 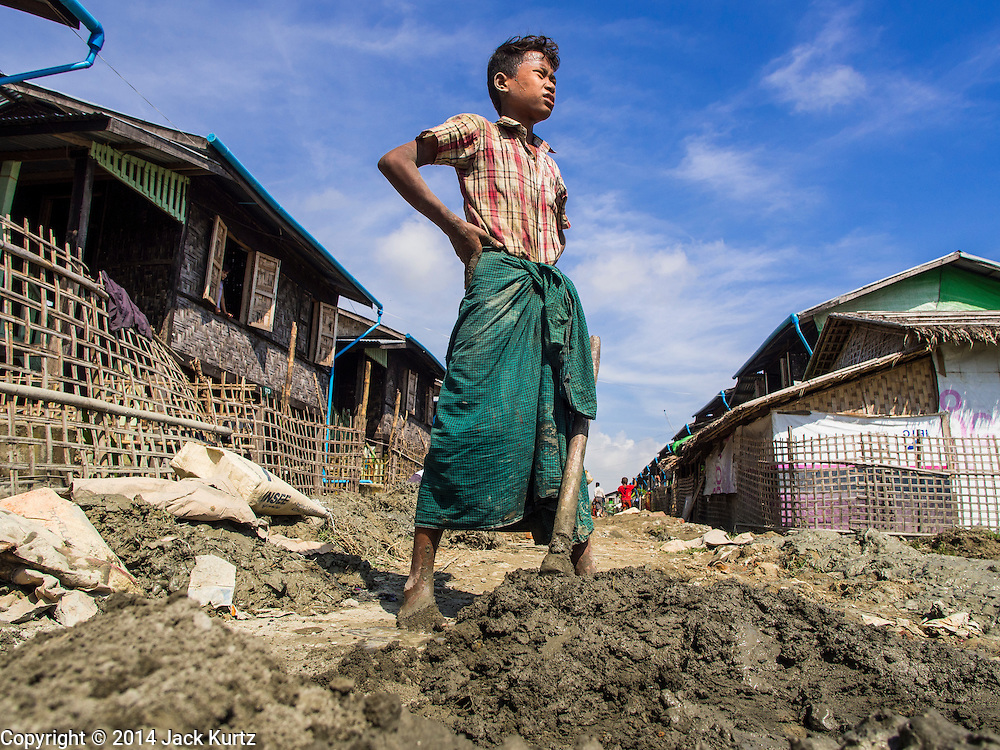