09 AUGUST 2018 - PHETCHABURI, PHETCHABURI, THAILAND: Thai police officers look at a chart of flood and river levels for the Phetchaburi River in Phetchaburi town. The Phetchaburi River flows from Kaeng Krachan Dam to the Gulf of Siam through several towns including Ban Lat, Phetchaburi (the capital of Phetchaburi province) and Ban Laem. Government officials have warned residents of those towns that their towns will flood because the reservoir behind the dam is approaching capacity. Ban Lat and Phetchaburi could be flooded for several weeks. Residents of Ban Laem have been warned that their community could be inundated for over a month. Dams in Kanchanaburi province, west of Phetchaburi, are also approaching capacity and flooding is also expected in that area. PHOTO BY JACK KURTZ 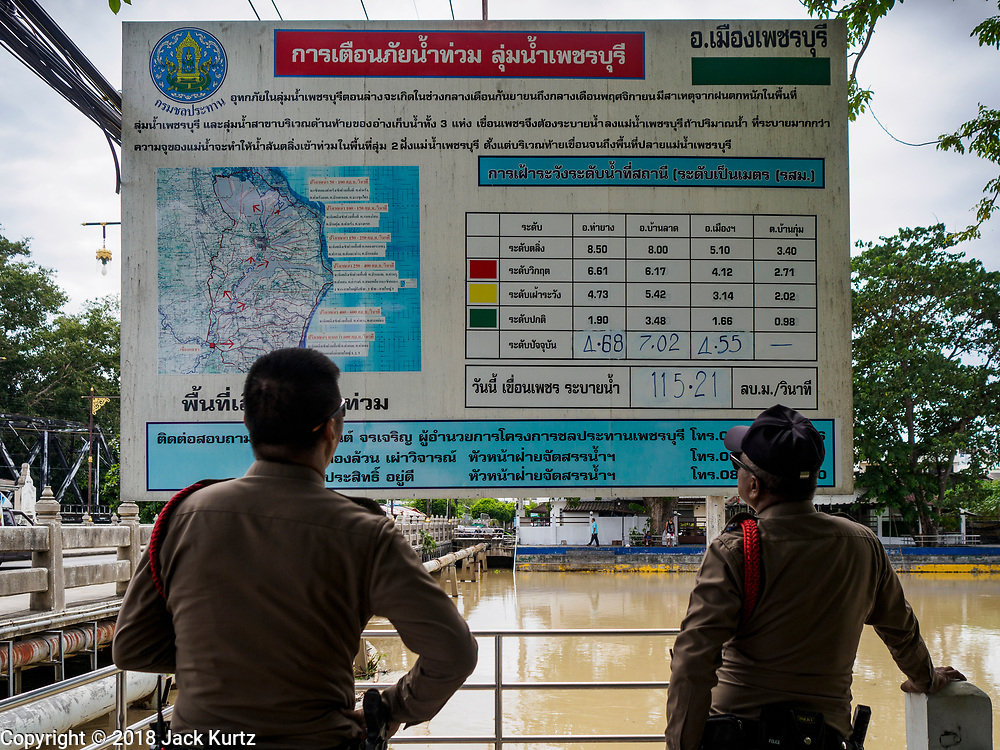