16 DECEMBER 2015 - BANGKOK, THAILAND: A woman prays during the funeral for Somdet Phra Nyanasamvara, Thailand's Supreme Patriarch, during the Patriarch's funeral. He died Oct. 24, 2013. He was ordained as a Buddhist monk in 1933 and appointed as the Supreme Patriarch in 1989. He was the spiritual advisor to Bhumibol Adulyadej, the King of Thailand when the King served as a monk in 1956. Tens of thousands of people lined the streets during the procession to pray for the Patriarch. PHOTO BY JACK KURTZ 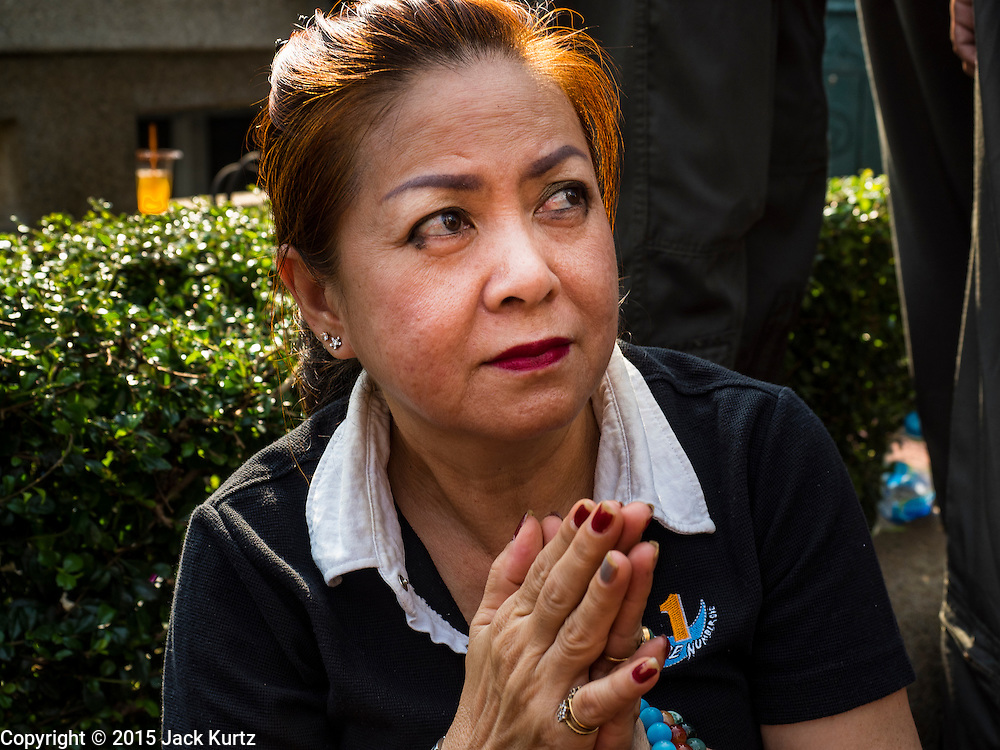