01 MARCH 2020 - ST. LOUIS PARK, MINNESOTA: A supporter of Sen. Amy Klobuchar after news that Klobuchar cancelled her campaign rally when it was disrupted by Black Lives Matter. Dozens of Black Lives Matter (BLM) protesters disrupted Sen. Amy Klobuchar's last presidential election rally in Minnesota before Super Tuesday. Almost 500 Klobuchar supporters came to hear Sen. Klobuchar, when the BLM protesters marched into the hall and took control of the stage. Klobuchar cancelled the event about an hour after the BLM protesters entered the hall. The protesters targeted Klobuchar because while she was the Hennepin County Attorney, she oversaw the conviction of Myon Burrell, a black teenager accused and convicted of murder. Evidence has come to light since his conviction that suggests he was wrongly convicted. His conviction has become a flashpoint in Minnesota politics. PHOTO BY JACK KURTZ 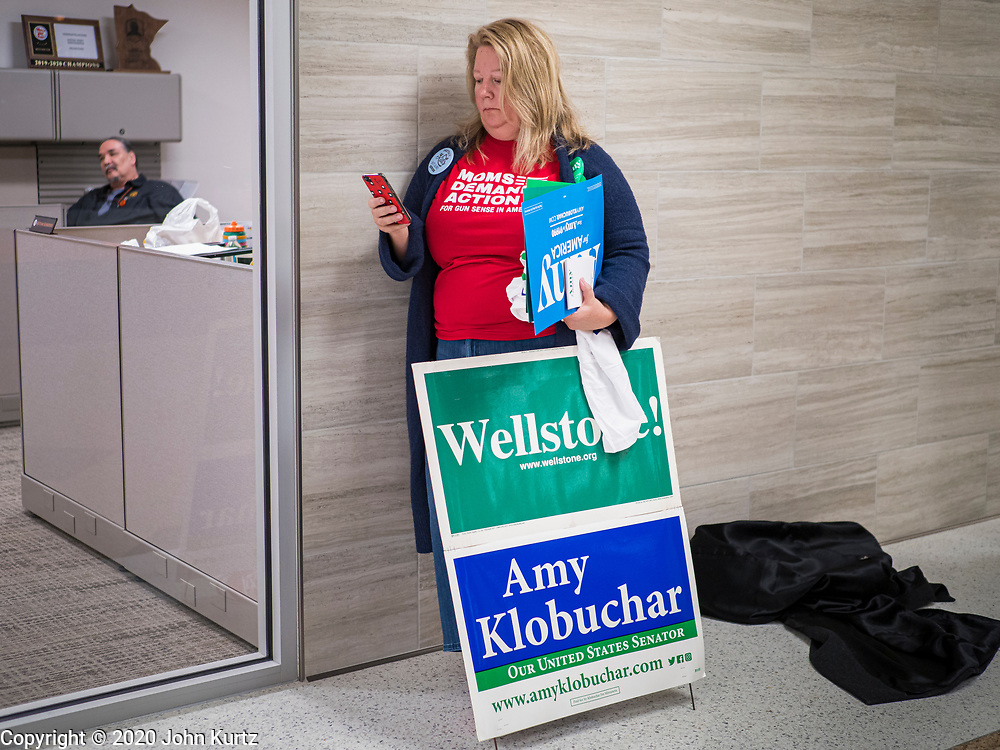