17 OCTOBER 2004 - ANGOLA, LOUISIANA: A convict is bucked off in the bareback riding in the rodeo arena at the Louisiana State Penitentiary in Angola, LA, at the Angola Prison Rodeo, Oct. 17, 2004. The Angola Prison rodeo was started in 1964 and has become one of the largest tourist attractions in southern Louisiana. The rodeo is held every Sunday in October and two weekends in April, in addition to the rodeo there is an inmates arts and crafts sale and a kiddie land for children. The state penitentiary in Angola sits on 18,000 acres bordered on three sides by the Mississippi River has more than 5,100 inmates and 1,800 employees. It is the largest state prison in Louisiana. It got its name from a pre-civil war plantation that used to be on the same site and used slaves imported from Angola. PHOTO BY JACK KURTZ 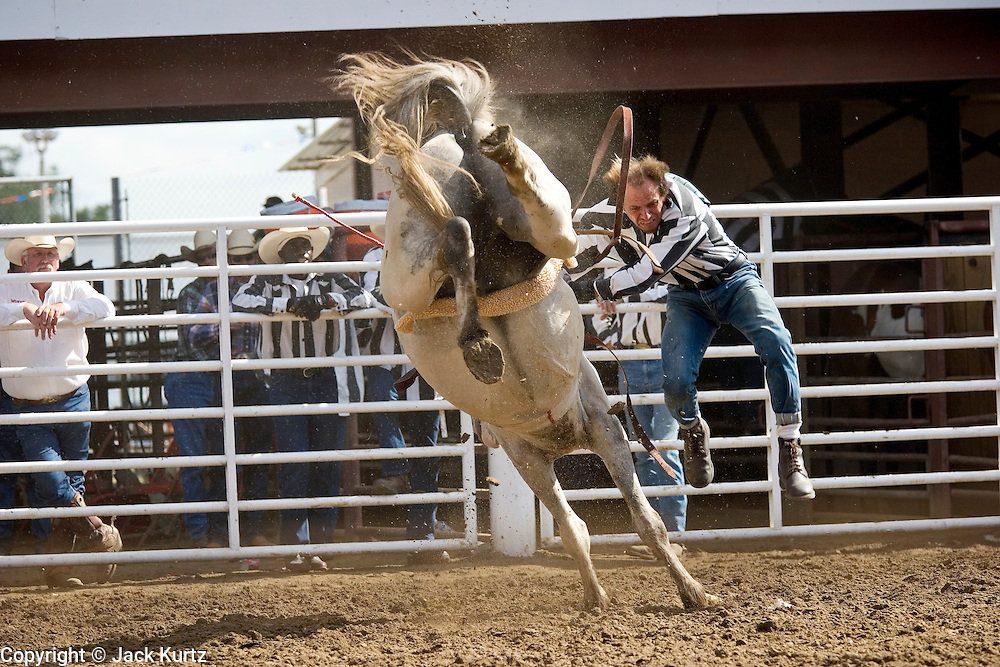