15 JULY 2012 - WINSLOW, AZ: Tourists with the statue of Jackson Browne in the Standin' on the Corner park at the intersection of Kinsley Avenue and Second Street in Winslow, AZ. The park is based on the Eagles song, written by Jackson Browne and Glenn Frey, the second verse is "Well, I'm a standing on a corner, In Winslow, Arizona, And such a fine sight to see. It's a girl, my lord .In a flatbed Ford, Slowin' down to take a look at me" The park has a statue of Jackson Browne and flatbed Ford parked nearby. There is also a mural of the scene on a wall behind the statue. PHOTO BY JACK KURTZ 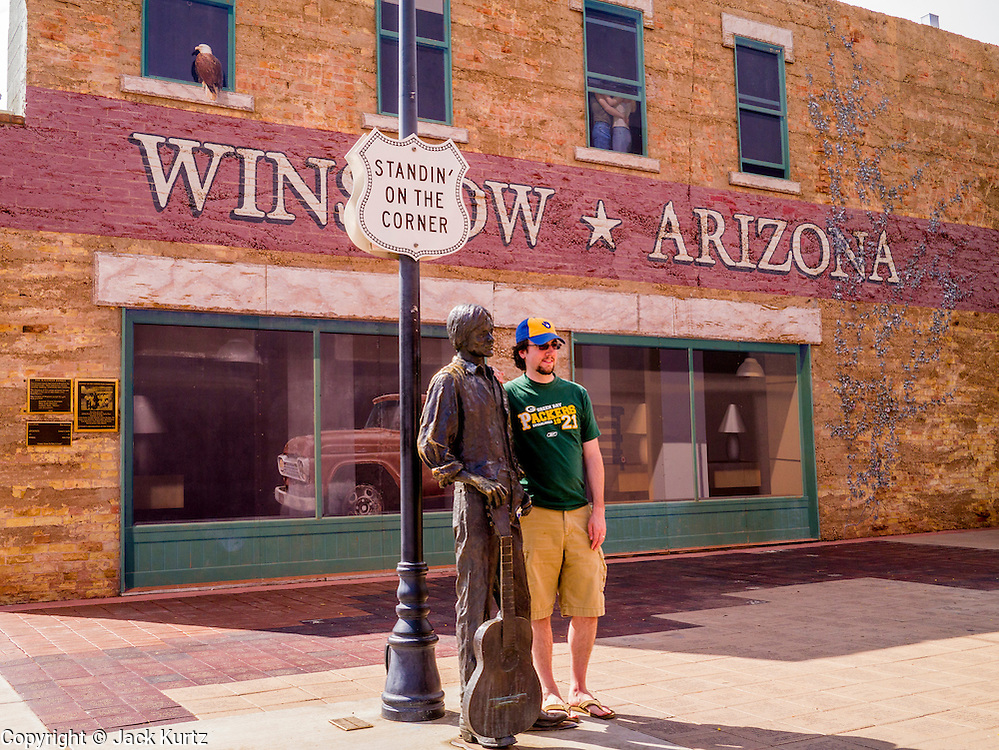