15 JULY 2015 - THONBURI, BANGKOK, THAILAND: The "mihrab," a niche which indicates the direction of Mecca, in Bang Luang Masjid (Masjid is the Thai word for mosque.) Located on the west bank of the Chao Phraya River and built in the reign of King Rama I (1782-1809), Bangluang Mosque is one of the oldest mosques in Bangkok and is unique because it's designed in a traditional Thai style and decorated with Thai, European, and Chinese art. The Mosque carries Islamic symbolic features such as 30 pillars, 12 windows and 1 door which represent the numbers of chapters in the Koran and the 13 regulations of Islamic worshipping ritual. PHOTO BY JACK KURTZ 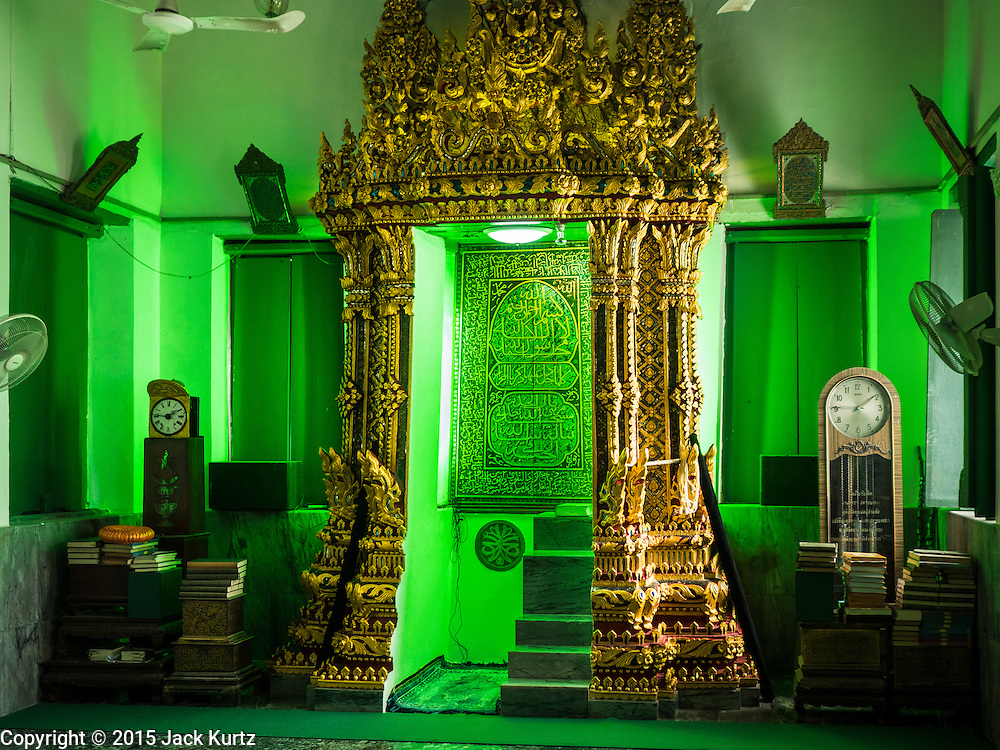