22 JUNE 2011 - BANGKOK, THAILAND: A fruit vendor waits for customers in front of a campaign poster on Silom Rd in Bangkok Wednesday. Yingluck Shinawatra, leader of the Pheua Thai party is running against incumbent Prime Minister Abhisit Vejjajiva, head of the Democrat party. Yingluck is the youngest sister of exiled former Prime Minister Thaksin Shinawatra, deposed by a military coup in 2006. Yingluck is currently leading in opinion polls, running well ahead of the Democrat party, which in one form or another has ruled Thailand for most of the last 60 years. Photo by Jack Kurtz 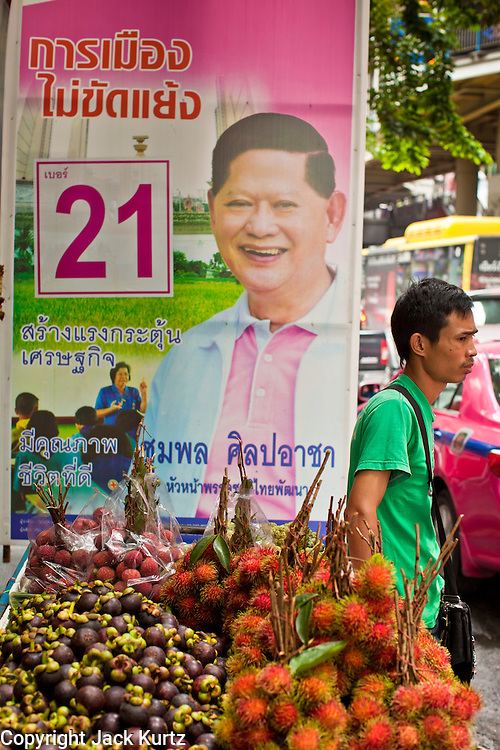