05 AUGUST 2016 - BANGKOK, THAILAND: A supporter of Yingluck Shinawatra, wearing a hat with a photo of Yingluck, waits for her to arrive at the Supreme Court in Bangkok. Yingluck appeared in court of Thailand Friday to start her legal defense. She was deposed by a military coup in 2014 and is being tried on corruption and mismanagement charges related to a price support plan for Thai rice farmers that was instituted while she was Prime Minister. More than two years after her government was deposed by a military coup, she is still a popular figure and hundreds of her supporters packed the area around the courthouse to greet her when she arrived at the Court. PHOTO BY JACK KURTZ 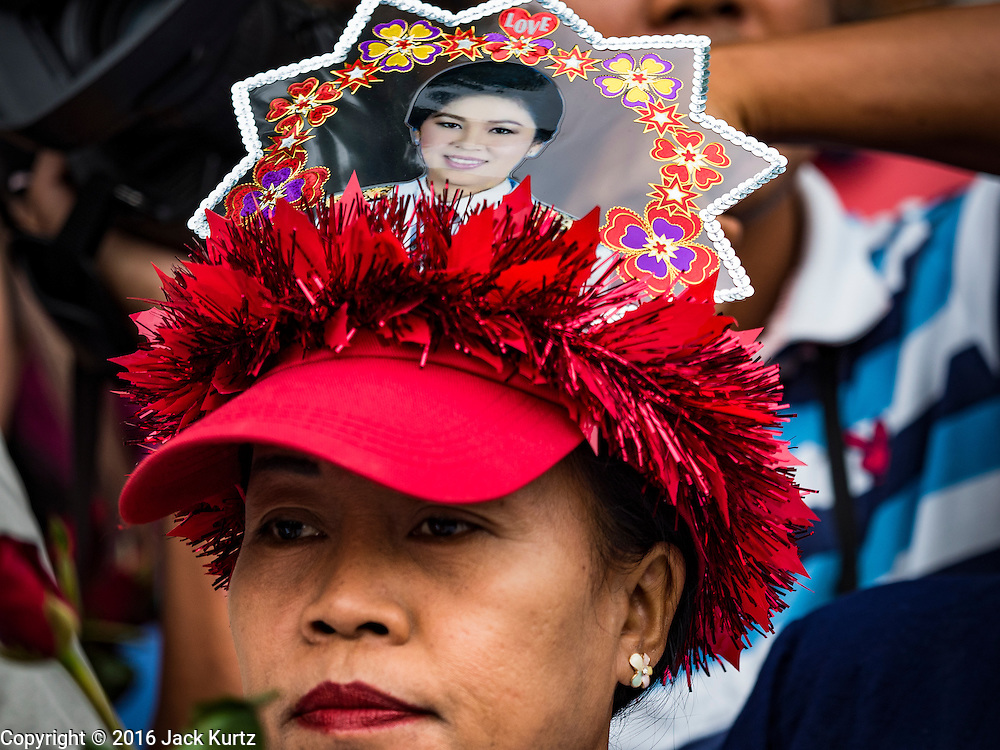