02 JUNE 2013 - BANGKOK, THAILAND: An anti-government protester with a picture of Bhumibol Adulyadej, the King of Thailand, in her hat, marches and shouts anti-government slogans with other anti-government protesters. The so called White Mask protesters are strong supporters of the Thai monarchy. About 300 people wearing the Guy Fawkes mask popularized by the movie "V for Vendetta" and Anonymous, the hackers' group, marched through central Bangkok Sunday demanding the resignation of Prime Minister Yingluck Shinawatra. They claim that Yingluck is acting as a puppet for her brother, former Prime Minister Thaksin Shinawatra, who was deposed by a military coup in 2006 and now lives in exile in Dubai. PHOTO BY JACK KURTZ 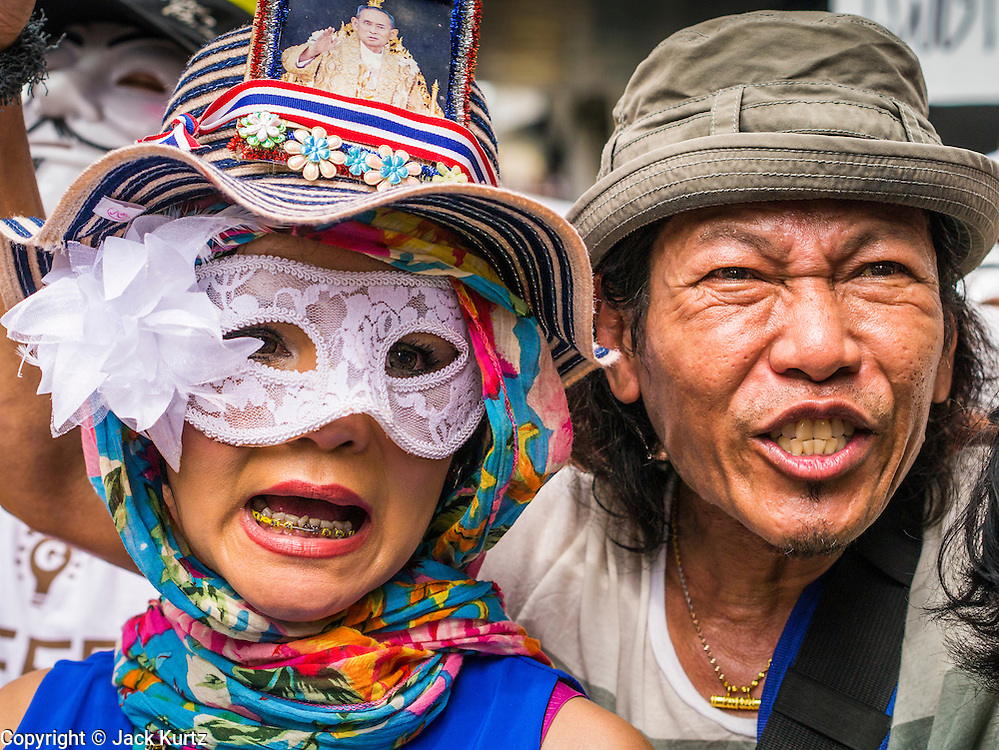