04 JANUARY 2012 - BANGKOK, THAILAND: A woman and her daughter pray at shrine to Guanyin, the Chinese Goddess of Mercy on the grounds of Wat Mahabut in eastern Bangkok. Guanyin is a popular figure in Thai Buddhism. The temple was built in 1762 and predates the founding of the city of Bangkok. Just a few minutes from downtown Bangkok, the neighborhoods around Wat Mahabut are interlaced with canals and still resemble the Bangkok of 60 years ago. Wat Mahabut is a large temple off Sukhumvit Soi 77. The temple is the site of many shrines to Thai ghosts. Many fortune tellers also work on the temple's grounds. PHOTO BY JACK KURTZ 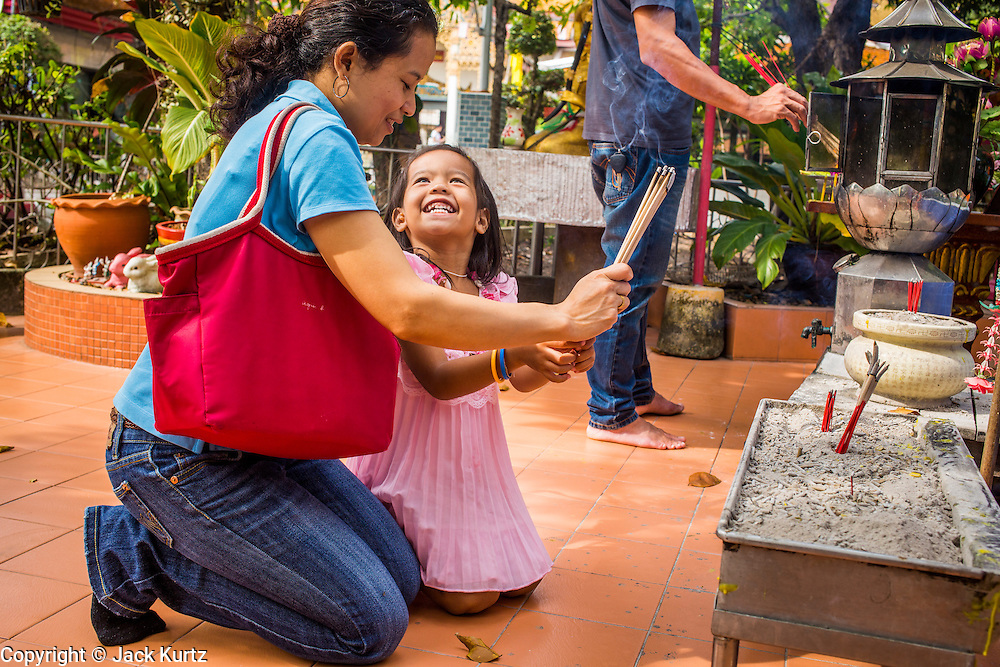