04 JANUARY 2012 - BANGKOK, THAILAND: People pray before releasing fish and snails into Khlong Phra Khanong at Wat Mahabut in eastern Bangkok. The temple was built in 1762 and predates the founding of the city of Bangkok. Just a few minutes from downtown Bangkok, the neighborhoods around Wat Mahabut are interlaced with canals and still resemble the Bangkok of 60 years ago. Wat Mahabut is a large temple off Sukhumvit Soi 77. The temple is the site of many shrines to Thai ghosts. Many fortune tellers also work on the temple's grounds. PHOTO BY JACK KURTZ 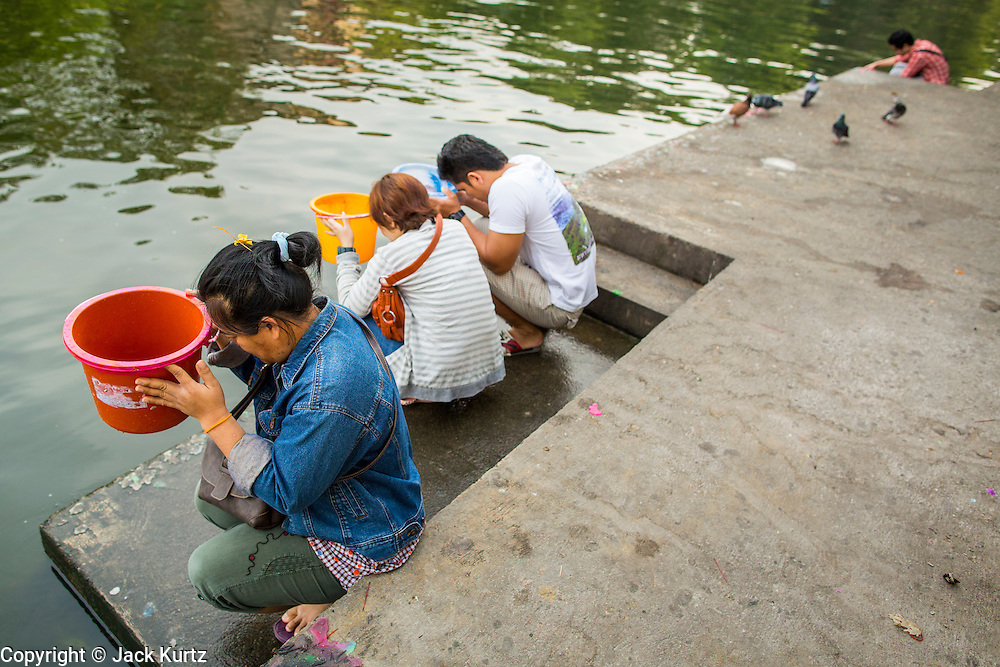