15 JANUARY 2011 - TUCSON, AZ: ANGELINA ALVARADO, 6, (left) and her sister, LEIANNE ALVARADO, 7, from Chandler, AZ, light candles at the memorial on the lawn in front of the University Medical Center in Tucson, AZ, Saturday, January 15. The memorial has been growing since the mass shooting last week. Six people were killed and 14 injured in the shooting spree at a "Congress on Your Corner" event hosted by Congresswoman Gabrielle Giffords at a Safeway grocery store in north Tucson on January 8. Congresswoman Giffords, the intended target of the attack, was shot in the head and seriously injured in the attack. She is hospitalized at UMC. The alleged gunman, Jared Lee Loughner, was wrestled to the ground by bystanders when he stopped shooting to reload the Glock 19 semi-automatic pistol. Loughner is currently in federal custody at a medium security prison near Phoenix. Photo by Jack Kurtz 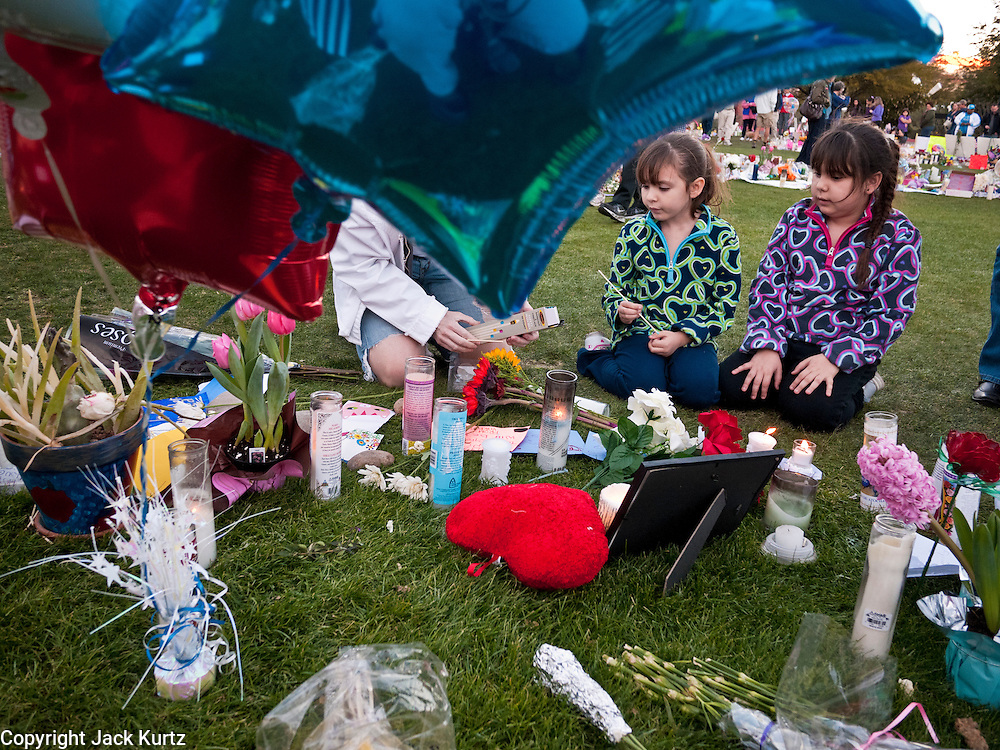