Trooping of the Colors to Honor the King

02 DECEMBER 2014 - BANGKOK, THAILAND: Akha hilltribe people perform a traditional dance on Sanam Luang in Bangkok before the Trooping of the Colors, during a celebration of the King's Birthday. The Thai Royal Guards parade, also known as Trooping of the Colors, occurs every December 2 in celebration of the birthday of Bhumibol Adulyadej, the King of Thailand. The Royal Guards of the Royal Thai Armed Forces perform a military parade and pledge loyalty to the monarch. Historically, the venue has been the Royal Plaza in front of the Dusit Palace and the Ananta Samakhom Throne Hall. This year it was held on Sanam Luang in front of the Grand Palace. PHOTO BY JACK KURTZ 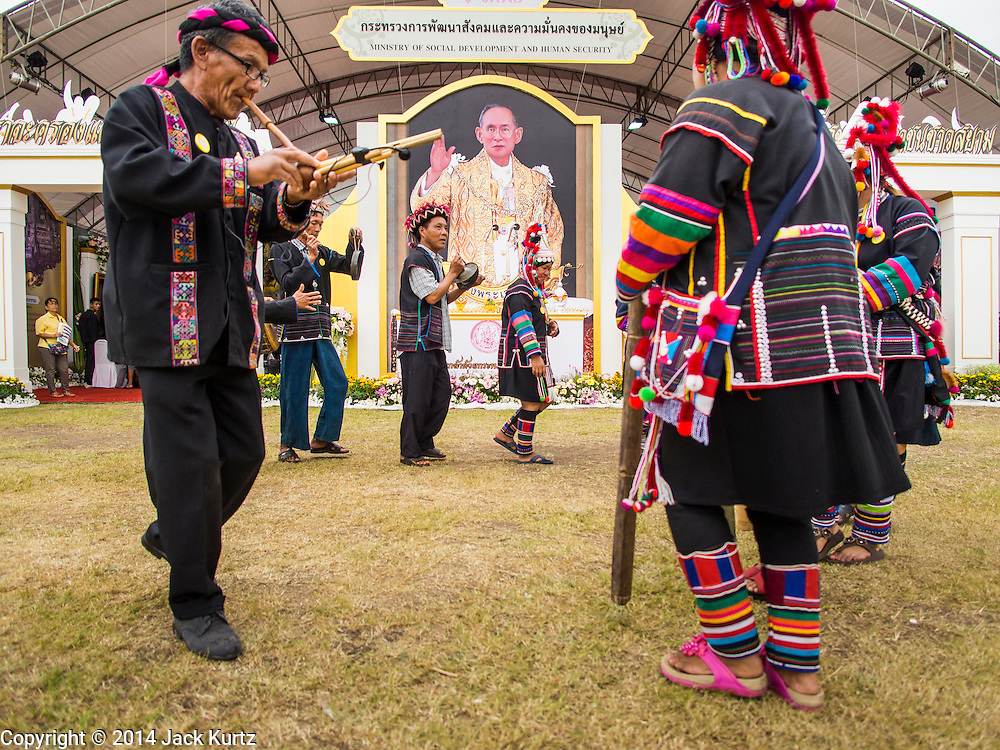