19 DECEMBER 2016 - BANGKOK, THAILAND: PHRA MAHA RAJA GURU BIDHI SRI VISUDHIGUN (right), head Brahmin in the Royal Ceremonial Affairs Division, leads a service during the "Spirit Appeasing" Ceremony held for the Royal Chariots at the Bangkok National Museum. The chariots will be used to take the body of Bhumibol Adulyadej, the Late King of Thailand, and members of the Royal funeral cortege to the cremation site on Sanam Luang for His Majesty's cremation. This will be the first cremation of a Thai King since 1950, when King Bumibol's brother, Rama VIII, Ananda Mahidol, was cremated. The design of the royal crematorium is based on Buddhist cosmology, with the main peak of Mount Sumeru (also known as Meru in Hindu cosmology) at center and eight other peaks signifying the levels of the universe. The crematorium will be decorated with mythical creatures such as garuda, angels, and Himmapan Forest creatures. The structure and funeral pyre will stand just over 50 meters tall. The exact date of the King's cremation has not been set yet but is expected to be late next year. PHOTO BY JACK KURTZ 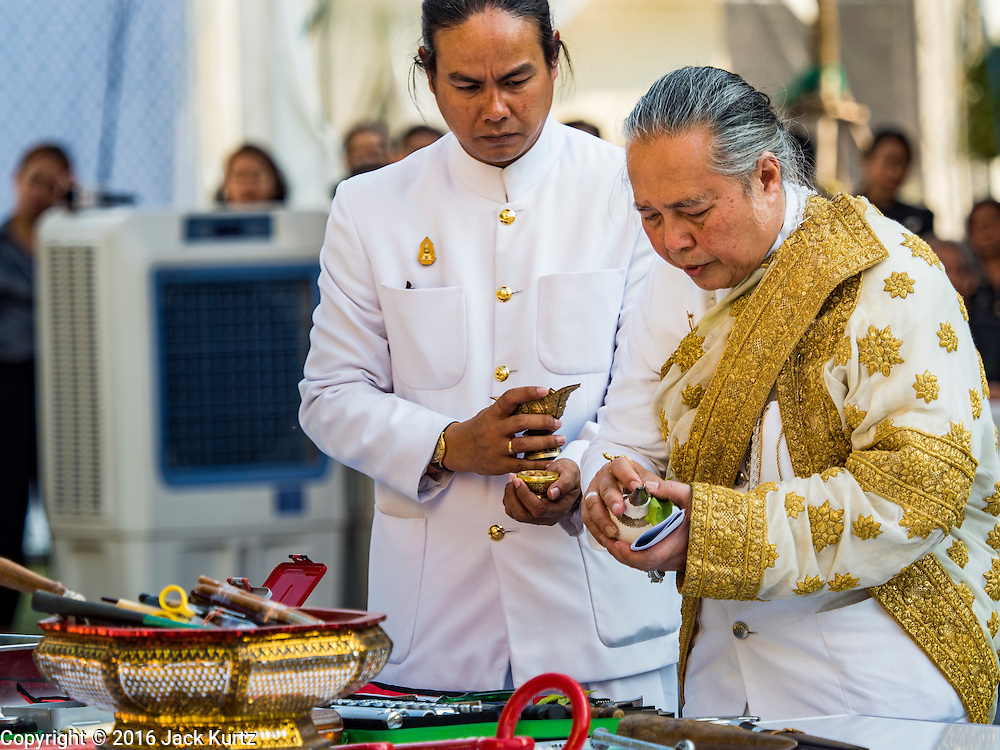