06 APRIL 2013 - CHIANG MAI, CHIANG MAI, THAILAND: The view from the scenic overlook at Wat Phra That Doi Kham (Temple of the Golden Mountain) in Chiang Mai is obscured by smoke from illegal burning going on around the city. The "burning season," which roughly goes from late February to late April, is when farmers in northern Thailand burn the dead grass and last year's stubble out of their fields. The burning creates clouds of smoke that causes breathing problems, reduces visibility and contributes to global warming. The Thai government has banned the burning and is making an effort to control it, but the farmers think it replenishes their soil (they use the ash as fertilizer) and it's cheaper than ploughing the weeds under. PHOTO BY JACK KURTZ 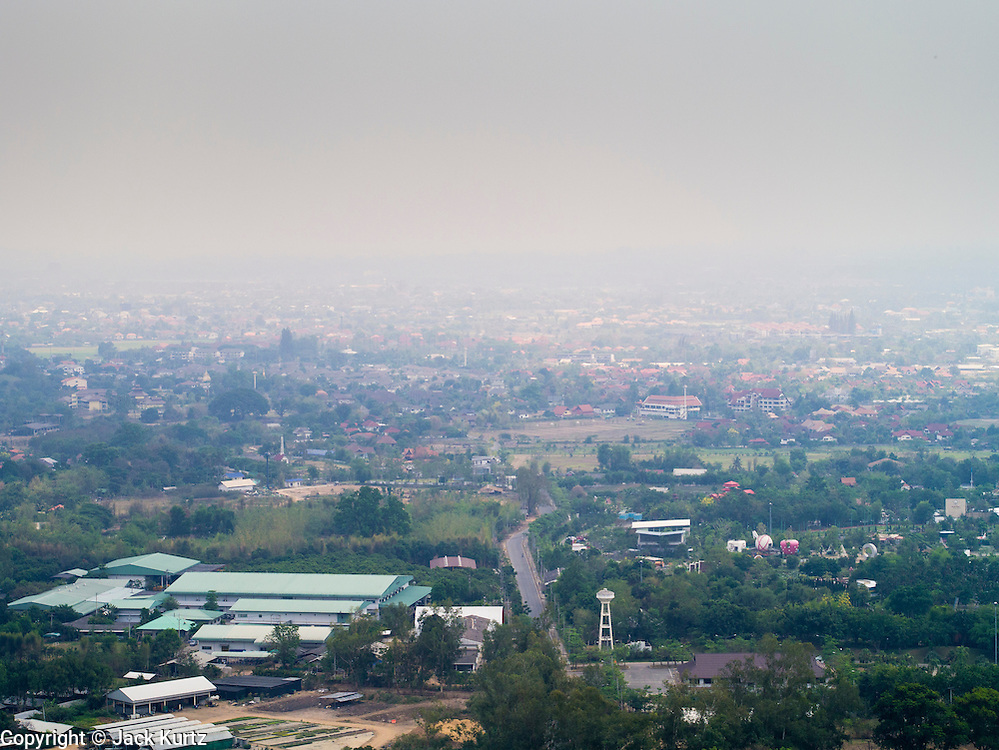