07 AUGUST 2016 - BANGKOK, THAILAND: A Buddhist monk accepts alms from a woman in front of a polling place at Wat That Thong in Bangkok. The green awning covers the voting booths. Monks are not allowed to vote in Thai elections. Thais voted Sunday in the referendum to approve a new charter (constitution) for Thailand. The new charter was written by a government appointed panel after the military coup that deposed the elected civilian government in May, 2014. The charter referendum is the first country wide election since the coup. PHOTO BY JACK KURTZ 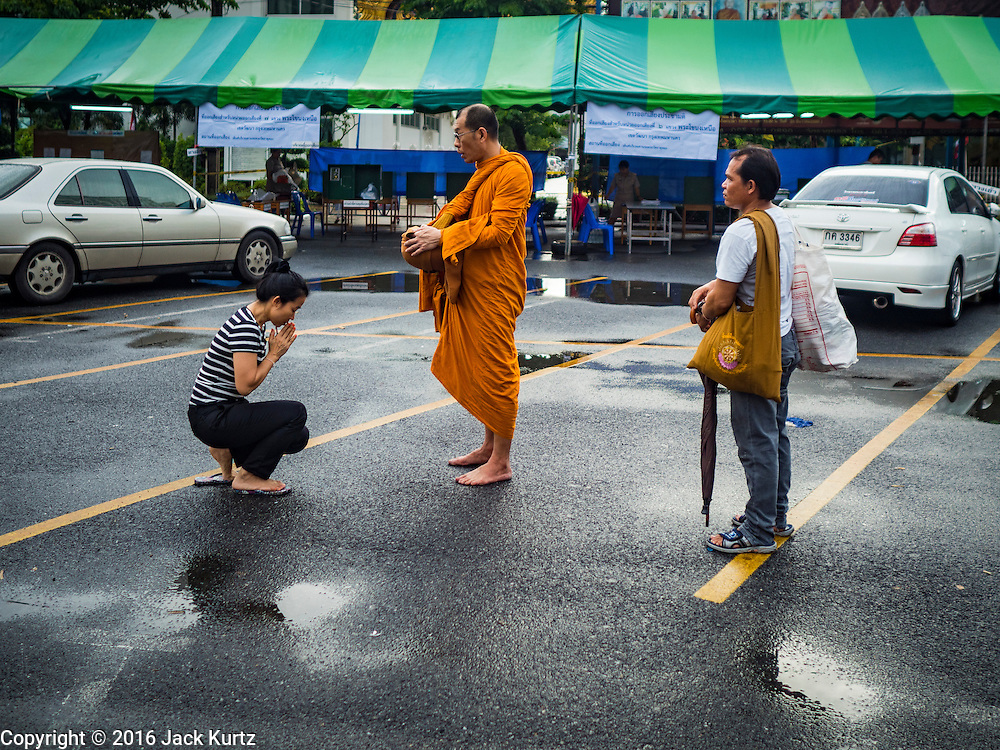