12 JANUARY 2014 - BANGKOK, THAILAND: A man carries a sign calling to keep Bangkok open. His sign is a response to anti-government protestors who want to shut Bangkok down. About 500 people from all walks of Thai life came to a candlelight vigil at Thammasat University. They prayed for a peaceful resolution to the political conflict in Thailand. They finished the vigil by singing the John Lennon song "Imagine." Anti-government protestors are expected "Shutdown Bangkok" Monday. There were reports Sunday evening that some intersections were already being blocked. PHOTO BY JACK KURTZ 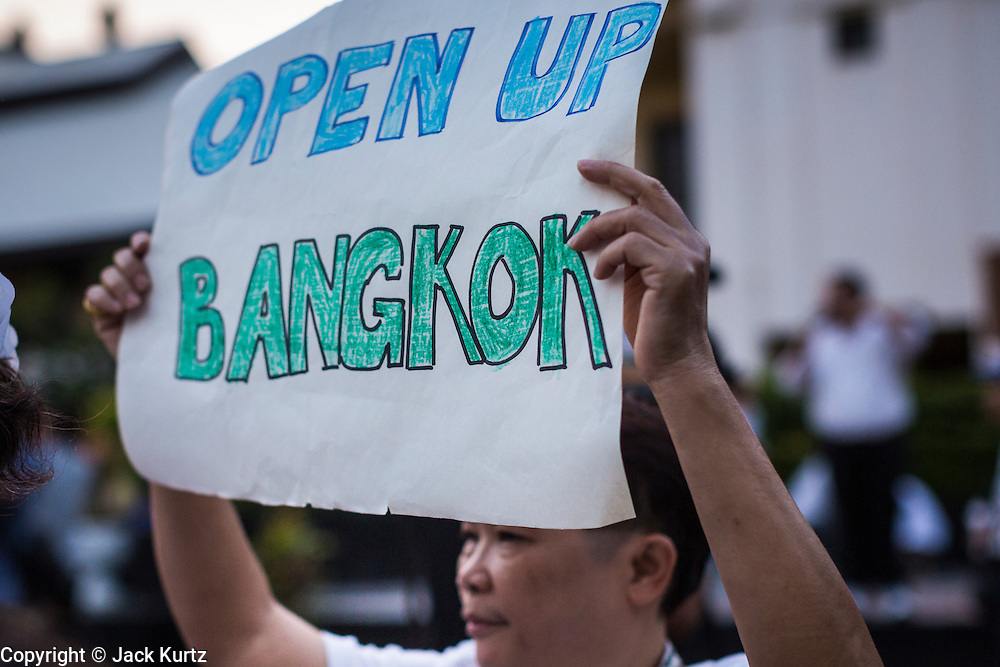