26 NOVEMBER 2012 - BANGKOK, THAILAND: Pink and yellow flowers left for the hospitalized King of Thailand at Siriraj Hospital in Bangkok. Yellow and pink are preferred colors for flowers because yellow is the color of the monarchy and pink is viewed as a fortuitous color that could bring the King better health. Siriraj was the first hospital in Thailand and was founded by King Chulalongkorn in 1888. It is named after the king's 18-month old son, Prince Siriraj Kakuttaphan, who had died from dysentery a year before the opening of the hospital. It's reported to one of the best hospitals in Thailand and has been home to Bhumibol Adulyadej, the King of Thailand, since 2009, when he was hospitalized to treat several ailments. Since his hospitalization tens of thousands of people have come to pay respects and offer get well wishes. The King's 85th birthday is on Dec 5 and crowds at the hospital are growing as his birthday approaches. The King is much revered throughout Thailand and is seen as unifying force in the politically fractured country. PHOTO BY JACK KURTZ 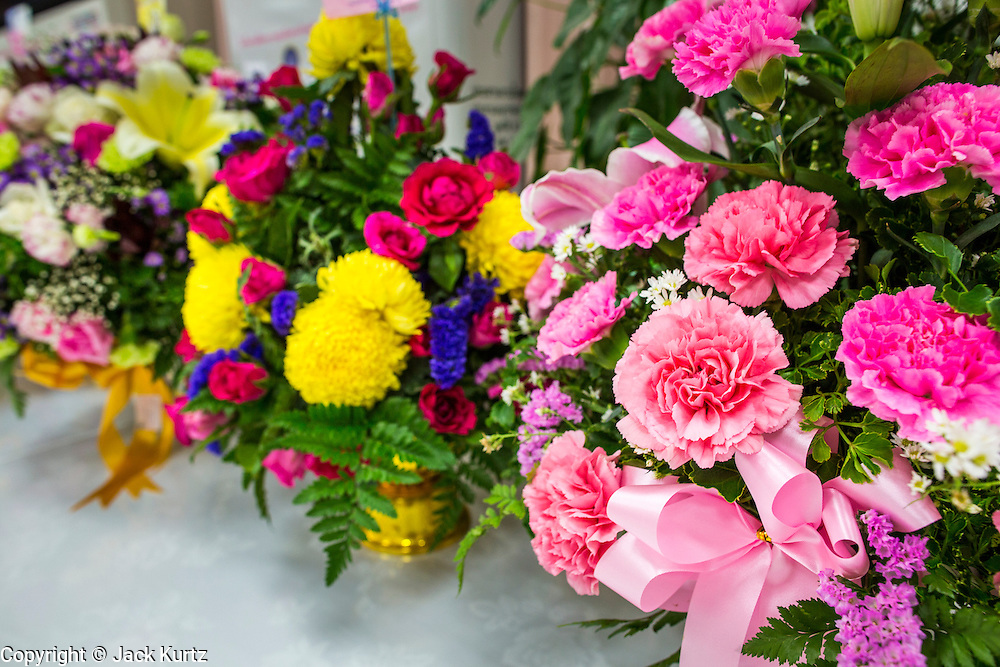