23 MAY 2014 - BANGKOK, THAILAND: Thai police try to clear the way fro a van thought to be carrying former Thai Prime Minister Yingluck Shinawatra into a military compound in Bangkok. Yingluck was ordered to turn herself by the Thai army General Prayuth Ocha-chan. She is thought to be in military custody. The Thai military seized power in a coup Thursday evening. They suspended the constitution and ended civilian rule. This is the 2nd coup in Thailand since 2006 and at least the 12th since 1932. PHOTO BY JACK KURTZ 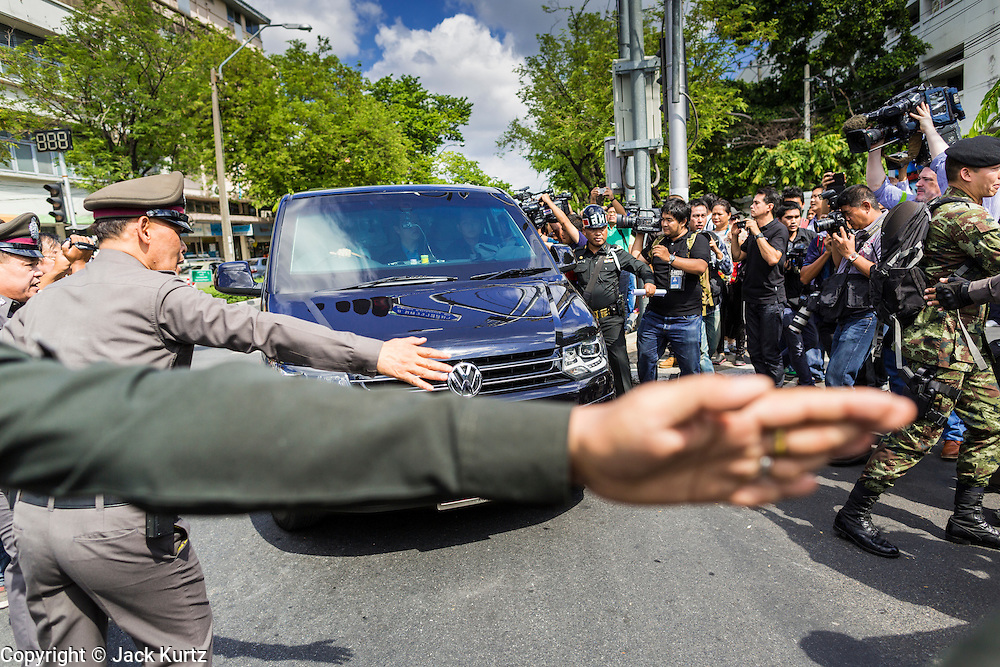