21 JANUARY 2014 - BANGKOK, THAILAND: A Thai ultra-nationalist supporter of Suthep Thaugsuban marches down Thanon Naradhiwas Rajanagarindra during a march by Suthep Thaugsuban. Suthep, the leader of the anti-government protests and the People's Democratic Reform Committee (PDRC), the umbrella organization of the protests, led a march through the financial district of Bangkok Tuesday. Shutdown Bangkok has entered its second week with no resolution in sight. Suthep is still demanding the caretaker government of Prime Minister Yingluck Shinawatra resign and the PM says she won't resign and intends to go ahead with the election. PHOTO BY JACK KURTZ 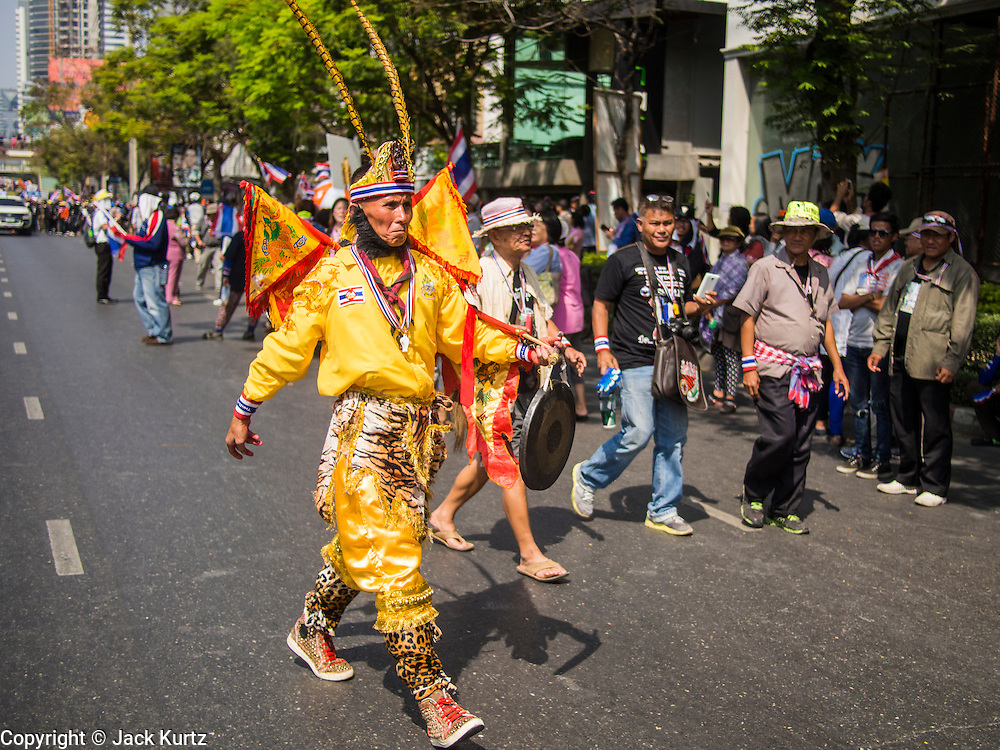