14 MAY 2010 - BANGKOK, THAILAND: Anti government protesters stop a bus of soldiers at the intersection of Rama IV and Witthayu Roads in Bangkok Friday morning. The troops' commander negotiated with the protesters and the bus was allowed to leave. Tensions among Red Shirt protesters demanding the dissolution of the current Thai government rose overnight after Seh Daeng, the Red Shirt's unofficial military leader was shot in the head by a sniper. Gangs of Red Shirts have taken over military checkpoints on Rama IV and are firing small rockets at military helicopters and army patrols in the area. Troops have responded by firing towards posters. PHOTO BY JACK KURTZ 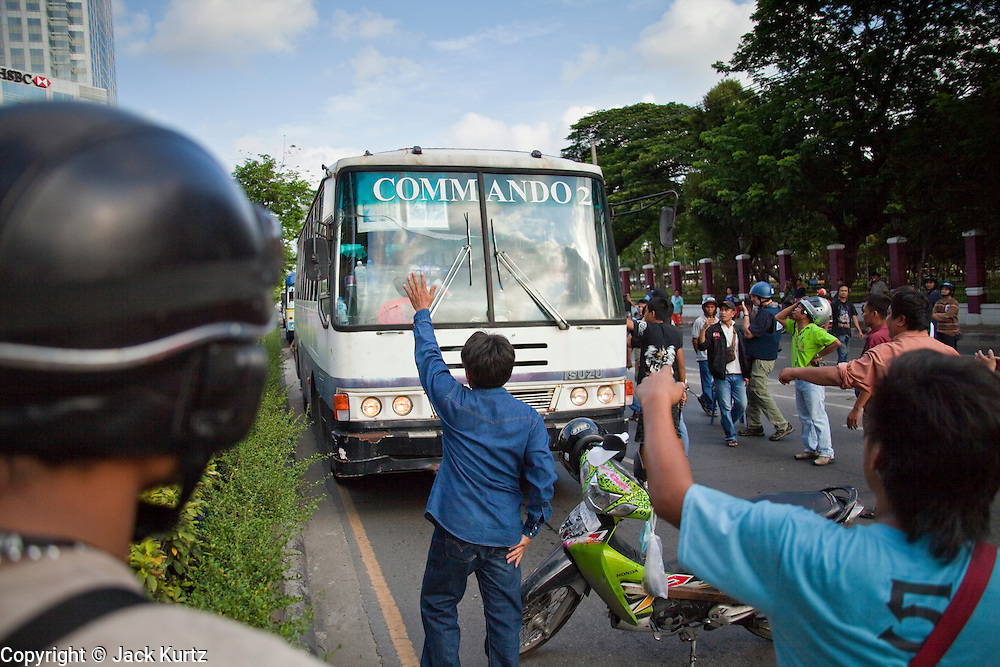