07 JANUARY 2014 - SINGAPORE: A woman receives blessings from a Hindu priest during afternoon pooja at Sri Veeramakaliamman Temple, a Hindu temple located in Little India in the southern part of Singapore. The Sri Veeramakaliamman Temple is dedicated to the Hindu goddess Kali, fierce embodiment of Shakti and the god Shiva's wife, Parvati. Kali has always been popular in Bengal, the birthplace of the labourers who built this temple in 1881. Images of Kali within the temple show her wearing a garland of skulls and ripping out the insides of her victims, and Kali sharing more peaceful family moments with her sons Ganesha and Murugan. The building is constructed in the style of South Indian Tamil temples common in Tamil Nadu as opposed to the style of Northeastern Indian Kali temples in Bengal. PHOTO BY JACK KURTZ 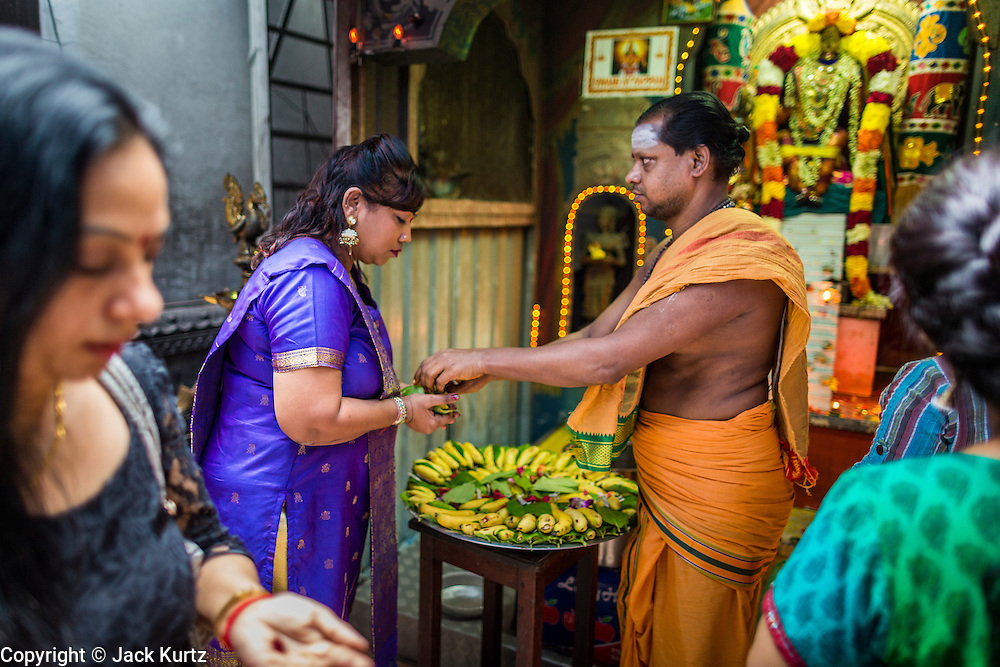