31 MARCH 2015 - BANGKOK, THAILAND: A monk with a walker at Wat Benchamabophit in Bangkok waits for Buddhist lay people to bring alms to the temple. Wat Benchamabophit Dusitvanaram, a Buddhist temple (wat) in the Dusit district of Bangkok, Thailand. Also known as the marble temple, it is one of Bangkok's best known temples and a major tourist attraction. It typifies Bangkok's ornate style of high gables, stepped-out roofs and elaborate finials. Monastic life at Wat Bencha differs from most other temples in that lay people come to the temple to present food and alms to the monks rather than the monks going out and walking through the community as they do at most other Thai temples. PHOTO BY JACK KURTZ 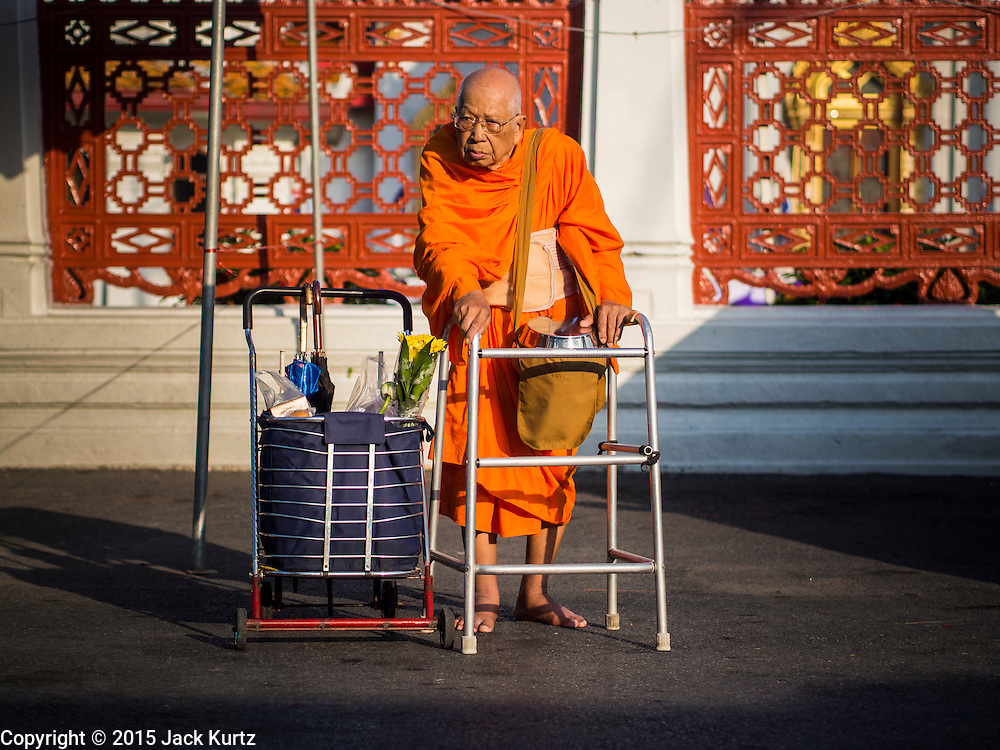