13 JANUARY 2014 - BANGKOK, THAILAND: A woman strokes a wooden phallus in a simulation of what she called the inappropriate relationship between Thai Prime Minister Yingluck Shinawatra and her brother, exiled former PM Thaksin Shinawatra. Tens of thousands of Thai anti-government protestors took to the streets of Bangkok Monday to shut down the Thai capitol. The protest was called "Shutdown Bangkok" and is expected to last at least a week. The Shutdown Bangkok protest is a continuation of protests that started in early November. There have been shootings almost every night at different protests sites around Bangkok, including two Sunday night, but the protests Monday were peaceful. The malls in Bangkok stayed open Monday but many other businesses closed for the day and mass transit was swamped with both protestors and people who had to use mass transit because the roads were blocked. PHOTO BY JACK KURTZ 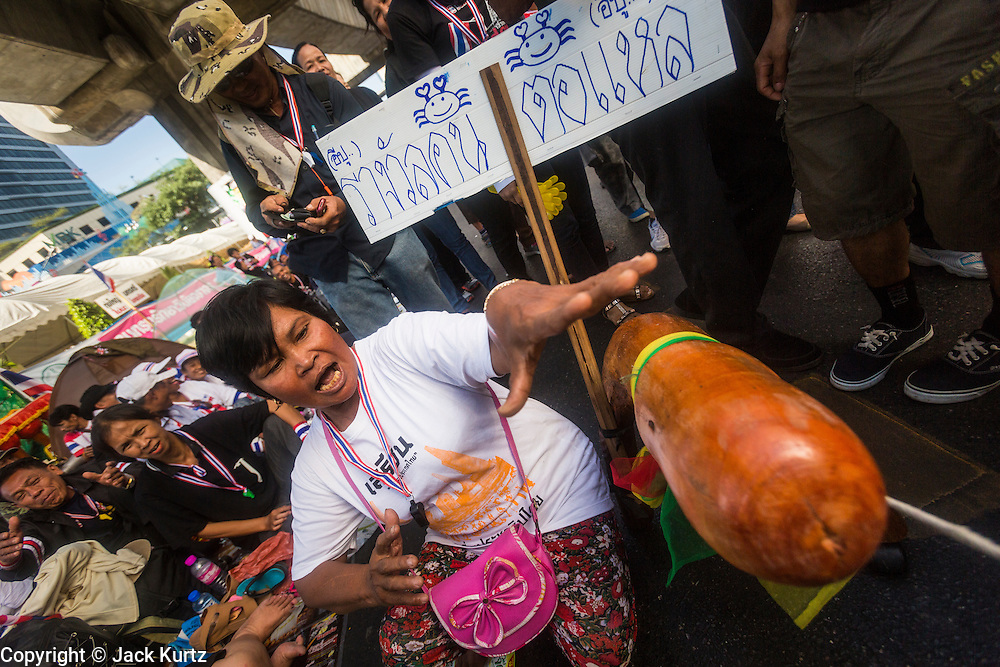