05 MARCH 2010 - PHOENIX, AZ: Sen. Scott Brown (R-MA) walks out of a campaign rally after campaigning for Sen. John McCain (R-AZ) after he joined McCain on the podium at a McCain election rally. McCain is facing a tough primary battle from former Republican Congressman JD Hayworth. McCain has Scott Brown (R-MA) and Sarah Palin campaigning for him. Both men are courting the Tea Party activists but so far the Tea Party has refused to endorse either candidate. PHOTO BY JACK KURTZ 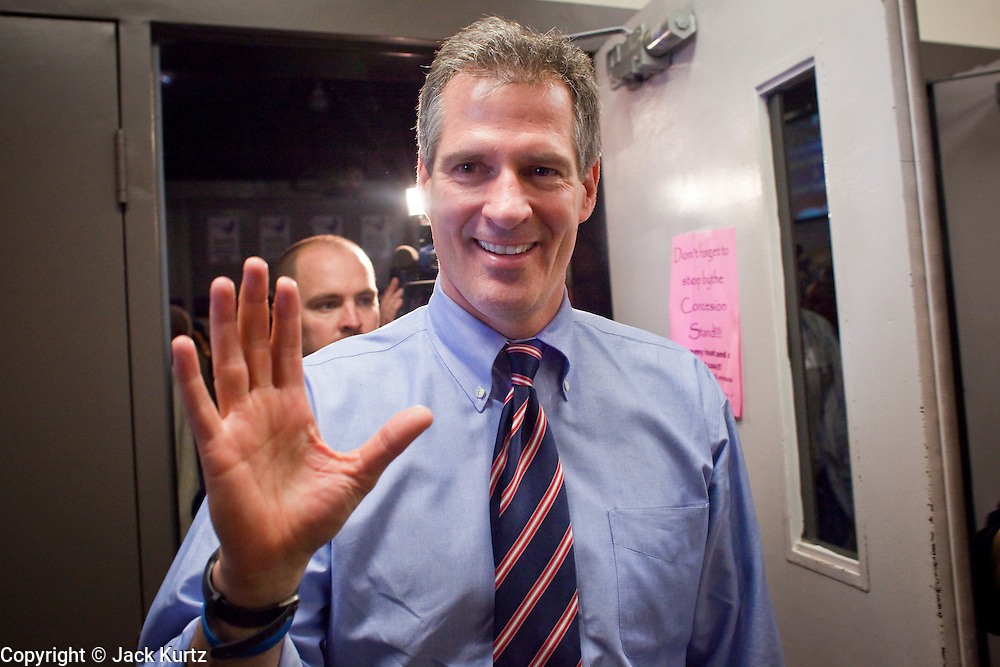