08 JUNE 2018 - SEOUL, SOUTH KOREA: A porter hauls a load of merchandise through Namdaemun Market. Namdaemun Market is one of the oldest continually running markets in South Korea, and one of the largest retail markets in Seoul.[6] The streets in which the market is located were built in a time when cars were not prevalent, so the market itself is not accessible by car. The main methods of transporting goods into and out of the market are by motorcycle and hand-drawn carts. It occupies many city blocks, which are blocked off from most car traffic due to the prevalence of parking congestion in the area. PHOTO BY JACK KURTZ 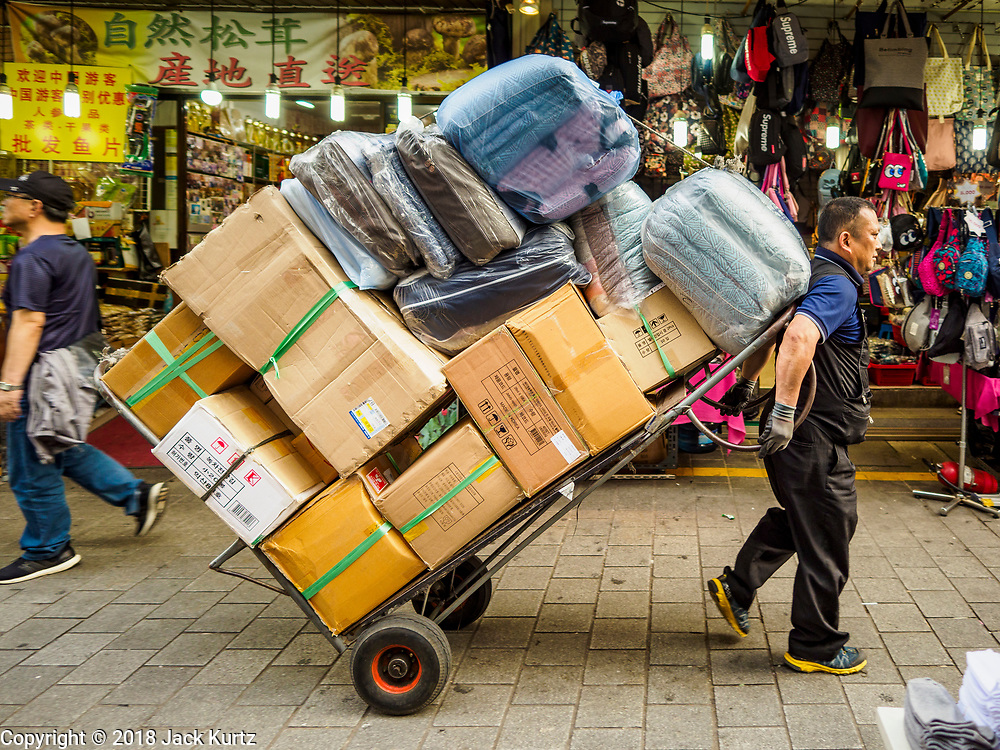