25 FEBRUARY 2008 -- MAE SOT, TAK, THAILAND: A Burmese migrant worker reads a newspaper while he comforts his child in the garbage dump in Mae Sot, Thailand. Hundreds of Burmese migrants eke out a living in the dump going through the garbage to sell what they find. There are millions of Burmese migrant workers and refugees living in Thailand. Many live in refugee camps along the Thai-Burma (Myanmar) border, but most live in Thailand as illegal immigrants. They don't have papers and can not live, work or travel in Thailand but they do so "under the radar" by either avoiding Thai officials or paying bribes to stay in the country. Most have fled political persecution in Burma but many are simply in search of a better life and greater economic opportunity. Photo by Jack Kurtz/ZUMA Press 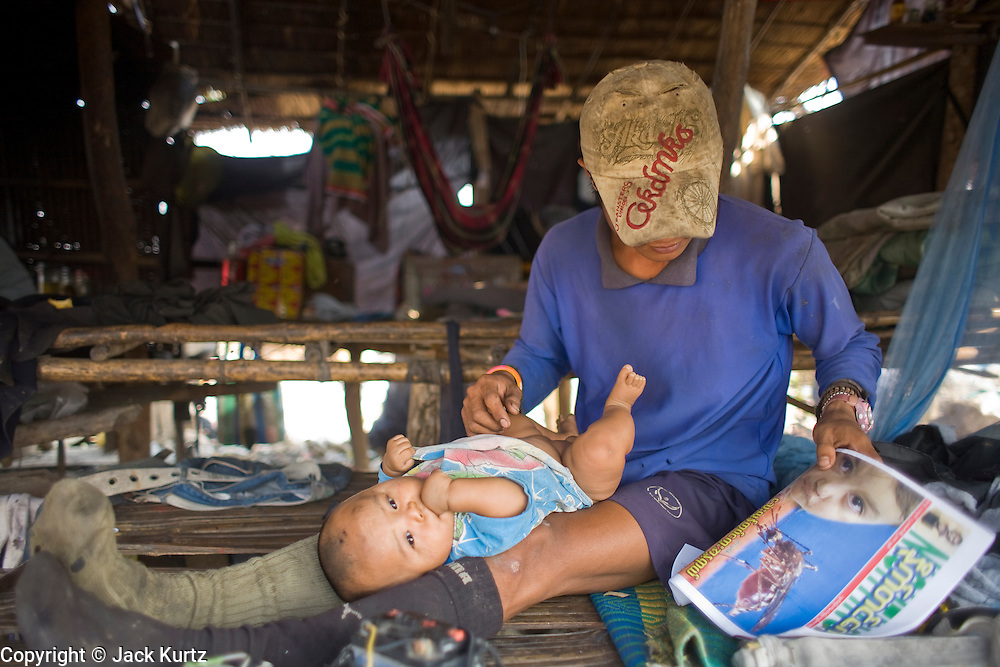