18 SEPTEMBER 2016 - BANGKOK, THAILAND: Alter servers at Santa Cruz Church line up to kiss the ring of FRANCIS XAVIER KRIENGSAK, (left) the Archbishop of Bangkok, when he arrived to lead the church's 100th anniversary mass. Santa Cruz Church was establised in 1769 to serve Portuguese soldiers in the employ of King Taksin, who reestablished the Siamese (Thai) empire after the Burmese sacked the ancient Siamese capital of Ayutthaya. The church was one of the first Catholic churches in Bangkok and is one of the most historic Catholic churches in Thailand. The first sanctuary was a simple wood and thatch structure and burned down in the 1800s. The church is in its third sanctuary and was designed in a Renaissance / Neo-Classical style. It was consecrated in September, 1916. The church, located on the Chao Phraya River, serves as a landmark for central Bangkok. PHOTO BY JACK KURTZ 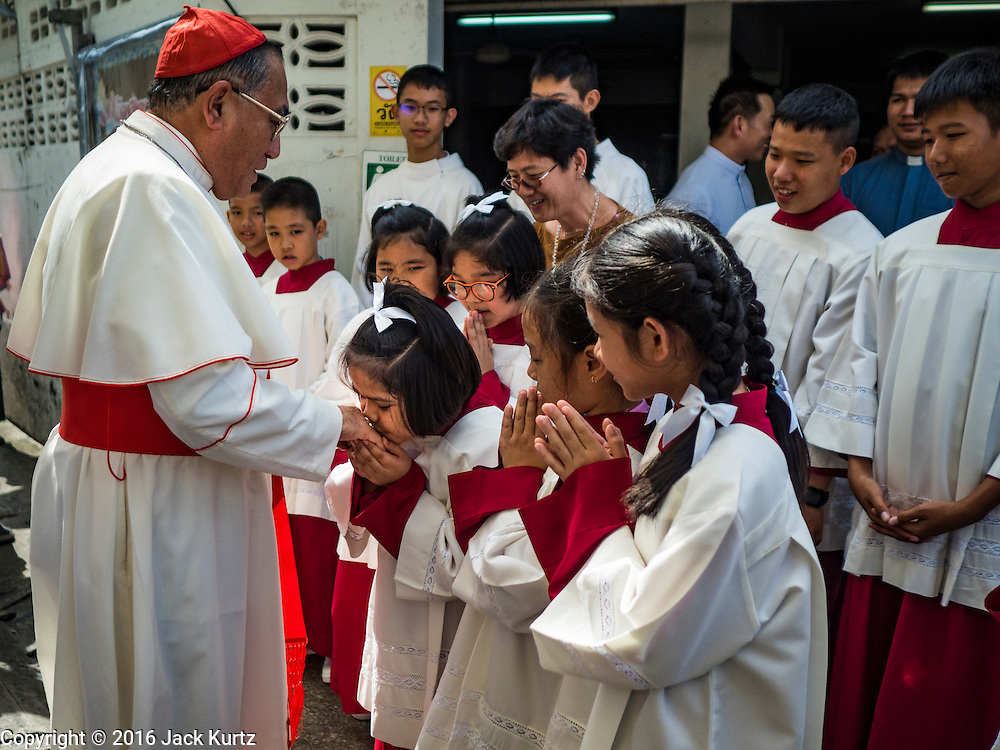