12 OCTOBER 2104 - BANG BUA THONG, NONTHABURI, THAILAND: RATCHANEE WIRIYACHAI, (left) widow of Apiwan Wiriyachai, and other family members pour scented water over the hand of Apiwan Wiriyachai on the first day of Apiwan's funeral rites at Wat Bang Phai in Bang Bua Thong, a Bangkok suburb, Sunday. Apiwan was a prominent Red Shirt leader, member of the Pheu Thai Party of former Prime Minister Yingluck Shinawatra, and a member of the Thai parliament. The military government that deposed the elected government in May, 2014, charged Apiwan with Lese Majeste for allegedly insulting the Thai Monarchy. Rather than face the charges, Apiwan fled Thailand to the Philippines. He died of a lung infection in the Philippines on Oct. 6. The military government gave his family permission to bring him back to Thailand for the funeral. He will be cremated later in October. The first day of the funeral rites Sunday drew tens of thousands of Red Shirts and their supporters, in the first Red Shirt gathering since the coup. PHOTO BY JACK KURTZ 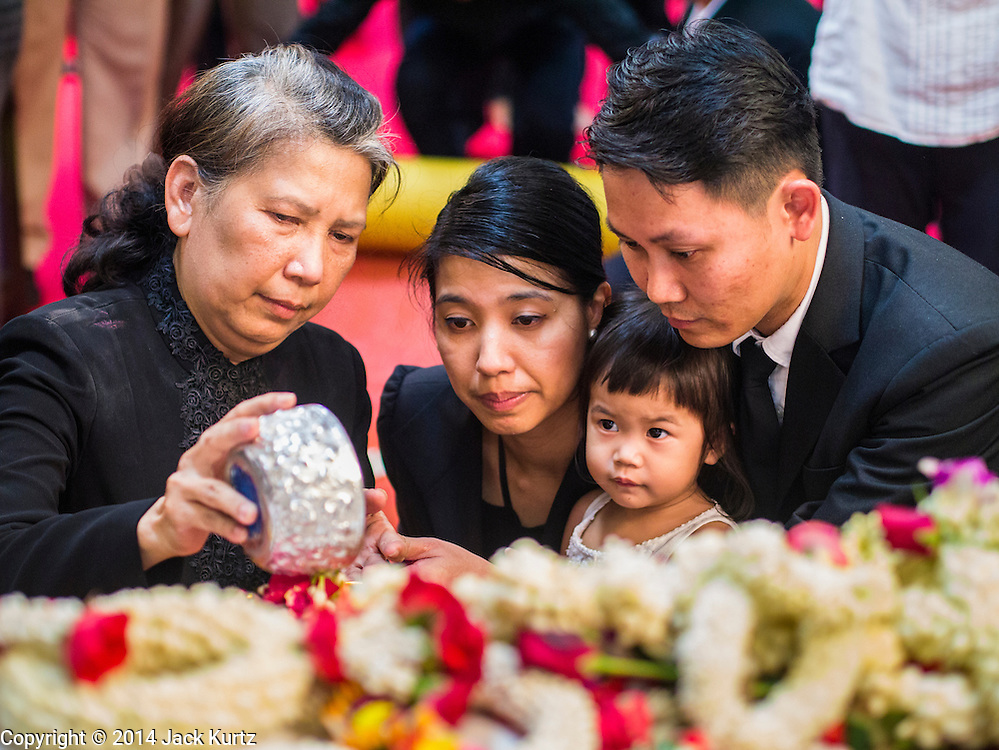