20 NOVEMBER 2013 - BANGKOK, THAILAND: A Red Shirt supporter waves a large red finger while she rallies in support of the government. Thousands of Red Shirts, supporters of the Pheu Thai ruling party in Thailand, gathered in Rajamangala Stadium in suburban Bangkok to listen to the Thai Constitutional Court deliver its verdict against the government. The court ruled that the recent efforts by the government to pass a blanket amnesty bill violated the Thai Constitution but the court did not order the party to disband or the dissolution of the government, which had been widely feared. PHOTO BY JACK KURTZ 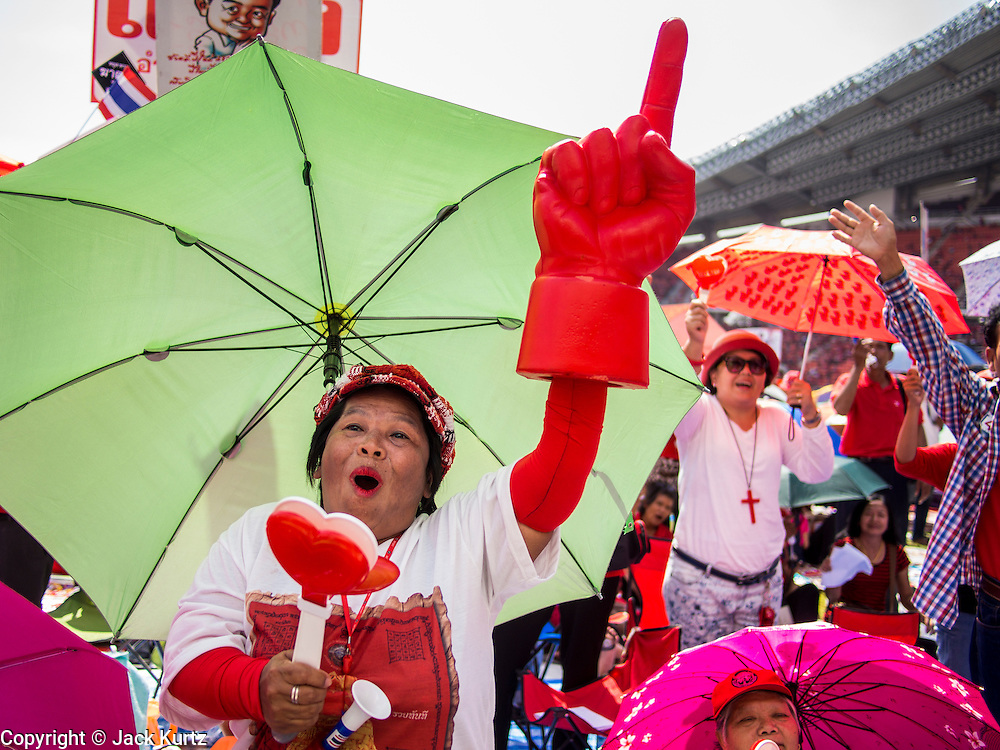